Home > Literature > Why Prince is over-rated 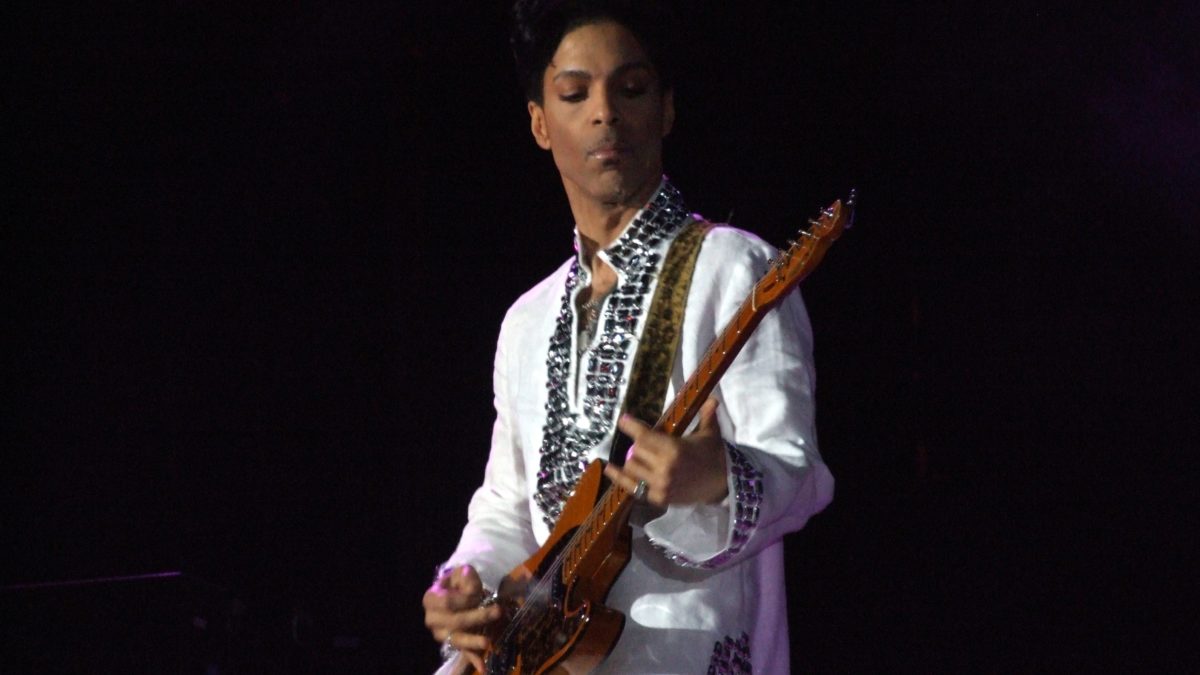 His often weightless songs came in cascades and cemented his reputation while he avoided opening his mouth so as not to put his foot in it. The absence of substance was disguised and presented as something else but in order to get to it, you had to wade through an endless litter of frilly things and hesitant, incoherent silences and arrogant attitudes. This is indeed Prince’s most remarkable achievement.

Prince had wanted to be something other, to be in some place other, and to feel something other but that other zone was always non-descript and politically vacuous. In abdicating the now for the undefined, he shunned the multiple urgencies of the present for something that was fundamentally far more noncommittal than the ultimately unsatisfying mystique he built around himself. His most celebrated commitment to the concrete in songs such as “Sign o’ the times” subsequently betrays a lack of depth that camouflages itself as being cute and innocent.

In his favour was his ability to avoid interviews and not reveal much about himself when he actually gave them and was, in a large measure, responsible for his inviting obscurantism.

When he died, press reports mentioned he had amassed about 2000 songs in his vaults. But many of the songs he released in the course of 39 albums have seemed weightless throwaways that more time and care might have perhaps nurtured into more lasting artifacts. Indeed depth and insightful power have never been Prince’s forte but a longing for an abstract reality still in the making. And a large part of his ingenuity stemmed from making us hold our arms akimbo wondering what he stood for really and what precisely might he be communicating? We posed these two fundamental questions during the course of his entire career and received no satisfactory answers until he was slowly fading before our eyes as music fashions changed.

When one ponders the remark, “The silence of Marcel Duchamp is over-rated”, one is also forced to consider the upheavals caused by Duchamp’s conceptual revolution. His work and practice stand as an indictment of official art and is a prankish attempt to break free of its strictures and expectations.

Prince’s poorly defined silence, on the other hand, reveals the half-assed promptings of nothingness to be Other. And these promptings never really ceased until he passed away fueling expectations that we may yet be eventually ferried atop the mount of realisation. These expectations, further bolstered by half-man, half-boy, half-girl postures, and also by a sometimes humourless gender-fuck struggle in which Prince stood helplessly apart as a genderless being awaiting redemption from somewhere. It is amazing how he managed to elevate this puny private struggle onto the world stage and an enthralled world looked and listened until the more forthright public engagements of hip hop threw out all of that.

Prince’s artistry is a quest after the magic of whimsy since solidity is unattainable. The dazzle of the ephemera comes in various forms: frilly purple coats, lacy lingerie in black and white, stacks of pantyhose, high-heeled boots and seductive facial make-up while all the time keeping a pencil-thin moustache and clouds of hair on the chest.

Instructively, it had all been done before by one time novelist and cultural gadfly, Irvin Rosenthal and his cohort of bearded drag queens in the California commune of Kaliflower back in the 1960s. In that florid scene, seminal gender-fuckers, the Cockettes cheerily thrived. As poet, critic and New York downtown legend, Rene Ricard cynically remarked, you’ve got to rip off the innovator and make the invention appear as yours.

What did Prince make his own? The far-sighted androgyny of Sly Stone; funk-lite from the more solid innovations of James Brown and Parliament-Funkadelic and frilly coats and explosions of rock from the mind-blowing cauldron of Jimi Hendrix. But because the industry and audiences prefer to have short memories, Prince is hurriedly ushered through the gates and proclaimed a genius.

The often weightless songs came in cascades and cemented his reputation while he avoided opening his mouth so as not to put his foot in it. The absence of substance was disguised and presented as something else but in order to get to it, you had to wade through an endless litter of frilly things and hesitant, incoherent silences and arrogant attitudes. Surely, this is indeed Prince’s most remarkable achievement. Those doe-like eyes and slightly parted ruby lips dissimulated regarding their innocence when they were fraught with mischief and could communicate nothing else.

Mischief and immodesty are only two of Prince’s less unsavoury traits. He was famous for the shabby treatment he dished to journalists hoping for an elusive interview where they were forewarned not to ask any questions pertaining to his private life; how so incongruent in an age of celebrity culture and social media? His immodesty was evident when he had visiting journalists at Paisley Park, his palatial Minneapolis home, shortly before he died, “literally sitting at his feet” as a news report termed it. He also compelled another group of journalists last December to dance for him, honouring those deemed to have performed well with interviews when they ought to have cussed him out branding him a jerk.

The thing is, most of those interviews are ultimately a waste of time in terms of revealing another layer of depth to the man. They are in fact mainly exercises in ego-tripping and further needless obfuscation. Even his becoming a member of the Jehovah’s Witnesses is, in rock and roll terms, insufferably blasé and there isn’t a cone of illumination to be received by it.

As noted, it is often touted that Prince was a musical genius and that on his first album, he had played all the instruments. Remarkable as all of this may be, it is at variance with the illustrious African-American music idioms to which he is so much indebted.

Prince pursued a singularity of style that often conflicted with the communal ethos of music’s innate healing power. James Brown’s music spoke to the black community about racial dignity and the strength and beauty of black culture. The Parliament-Funkadelic collective offered a platform for varied voices and temperaments to attain full realisation.

By contrast, Prince’s idiosyncrasies conflicted with these prior music values and genres perhaps because of the unresolved contradictions lodged within his troubled psyche. For a while, these inner conflicts may have produced attention-grabbing tunes but taken together they are hardly representative of a culture’s quest to accomplish dignity, coherence and transcendence. They represent instead a self-absorbed artist’s exploration of a narrowly defined sense of individuality and his right to the abdication of social responsibility.

Prince was partly- or even largely- responsible for the emergence of female group Vanity 6 which, not unexpectedly, significantly echoed his own inherent vanity and which leads to the larger question of how he was able to woo both critics and huge audiences alike? Perhaps this was because they were able to view his equivocal silence as a prelude to, or even substitute for, something more substantive. On that score, it isn’t difficult to conclude he failed them both abysmally. Personally, I feel short-changed by him in a way I have never felt with James Brown, George Clinton or even the more populist Sly Stone and who collectively constitute the main originators of funk.

Prince played funk, rock and pop in an eclectic manner that curved an individual path for himself but did not lead to the invention of a new genre nor did it significantly strengthen any of the pre-exiting idioms from which he borrowed so much. He was essentially a promising artist who got waylaid by pop culture.

I had preferred Prince to Michael Jackson because he had appeared less accessible and less artistically pliant. Jackson was an unchallenged global pop icon loved by everyone thereby shedding some possibilities for a great deal of personal intimacy. But nonetheless Jackson’s music seems well-done, well-considered, deliberate and often magnificent in which the simultaneous unfurling of its parts fitted perfectly into a powerful whole. There was always more than enough to chew and swallow even when the subject matter was clearly vacuous.

Prince, on the other hand, was partially hidden from view through his curious but also shrewd relationship with the media. He left his fans expectant of the glorious moment in which he would burst into explosive fruition which sadly never came about.

The less discerning of his numerous admirers are likely to consider this endearing fence-sitting as one of his more obvious enticements. One wonders how his pop world would have turned out to be had he not managed to have kept up the pretense for so long. What ought to become clearer with time is that his superficiality mirrored the very fickleness of mass produced culture with each reflecting the other symbiotically. And what a career-changing moment to be in one’s element.