Home > Travel > Why I solo travel as a woman 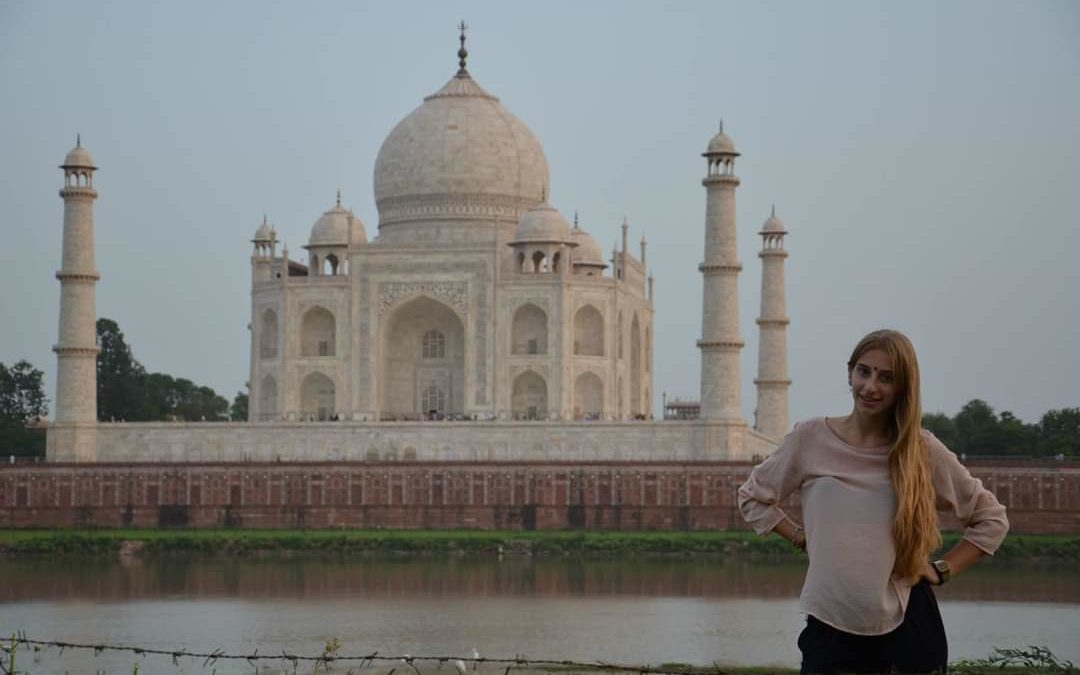 When I was just 10, my parents took me to Morocco for the first time. I had only traveled domestically in Spain up until then. I was fascinated by how much the world could change by simply getting in a plane and sitting for a few hours. After my tenth birthday I would travel to several countries with my family. My parents used to backpack across Europe, when they were young and they wanted to make sure I loved traveling as much as they did.

Over the last few years I’ve proved to be more passionate about traveling than they ever expected. After visiting 57 countries, most of them backpacking on my own, my dad declared, “The student has beaten the teacher.” But there is a more poignant story behind my travels.

When I turned 18, I decided to start traveling on my own. Even though I was terrified, I followed several blogs of people who backpacked and it seemed like the experience was completely different to traveling with friends, with my parents or on tours where you just follow a guide who points at absolutely everything with an umbrella. Don’t get me wrong, that’s a great way of traveling, but I wanted to go “read the story” myself instead of being told. I wanted to live out the experience myself and have the interpretation of it unadulterated through somebody else’s lens.

I decided South Africa would be my first destination. My friends and family thought I had lost my mind. However, I thought it was a great idea. Back then, I barely spoke English, so it would be an opportunity to practice. In comparison to the Euro, South African Rands were really cheap and both nature and cities appeared spectacular.

Before traveling, I bought a guidebook, the first I ever owned. I learned that I needed to get a few vaccinations and carry medicine for diseases that where not present were I lived, such as malaria and yellow fever. I bought winter clothes, since what was summer for me was winter in the Southern Hemisphere. I bought my first backpack and made several mistakes packing lots of fancy, heavy and useless stuff—for my trip that is. I booked a bed in a 12-people room in an average hostel in Cape Town for a week and I headed to the airport with my mom, who thought I had lost my mind.

It took just a few minutes until I was asked if I was traveling on my own. It was in customs. I wasn’t surprised, I mean, that’s protocol isn’t it? Well, since then I’ve heard that question on countless occasions, as well as its other versions: “Where is your boyfriend/husband?”, “Does he allow you to travel on your own?” “Isn’t he worried?” “Why are you on your own?” I was aware that there was a stigma against solo traveling, but I was not aware of how strongly it disfavored women. I’ll get back to this later.

Cape Town was as wonderful as I had pictured it. Regardless of my luggage lost in one of the many flights I had from Spain to South Africa and my broken English, I made the most of each day I spent in the city. I was advised not to go out in the street at night, because it was extremely dangerous. This I confirmed one night, when I’d lost track of time while I was in a museum. It was common to see people carrying guns in the streets—which made me feel extremely uncomfortable. Indeed, being alone made me more vulnerable.

Once I’d taken a taxi to cover a route I was familiar with so I knew what the fare would roughly come out to. However, after a few minutes I noticed the taximeter was already displaying a far greater amount  than what I should have been charged in total. I got mad because I felt scammed and I asked the driver to stop and let me go. He did, but in the middle of a highway and after screaming and cussing at me and demanding to be paid for the amount shown on the meter. After he left, I tried hitchhiking, but the traffic was too fast. Fortunately, I eventually got another taxi and made it back home without any further unpleasant surprises. Once I’d made it back safely and was in the security of my home, I was determined not to fall into that trap ever again.

However, traveling alone had several advantages. Humans are social by nature; and I swear that I especially need to talk. When we travel with friends, family, partners, we have company and we are able to fulfill with them our need for social contact. But traveling on our own could be extremely solitary, unbearable and too stifling, so even the shyest person tends to open up. I met several solo travelers in the places where I lodged. Such people became lifetime friends, who taught me their secrets, offered me help, tips, recommendations on how to successfully navigate my travels.

In many cases they covered part of the journey with me. But that’s not all! The best part is how local populations are willing to help solo travelers, drive them, host them, feed them, teach them, share time and experience and provide emotional support. I had amazing experiences with locals in South Africa, who were both impressed and concerned by the fact that I was traveling on my own. Apart from learning about and following the footsteps  Nelson Mandela trod, while he lived in his homeland, understanding the history of South Africa and the terror of Apartheid, seeing the Big Five on safari in Kruger National Park and falling asleep to the sound of elephants under my tree house, visiting one of the farthest points in the southernmost part of the earth by standing on the cliffs in the Cape of Good Hope, and falling in love with the vibe of Cape Town, the stunning views from Table Mountain, the pungent taste of South African wine, the ostrich meat cooked in barbeque, and such welcoming people, I found out that traveling was my passion. And the seed to travel the world had been planted in South Africa.

I went back to Spain and decided to find a temporary job while I was in college, so I could afford my new wanderlust. The following year I went to India, and a year later to Israel and Palestine. Shortly after I went to Australia and then to México, Guatemala, South East Asia, Perú, the Balkans, the US, Cuba and some parts of Central and South America. In between I tried to get to know my own region by visiting most European countries.

In time and after being scammed numerous times, I learned where to get cheap flights, how to recognize a good hostel, a well-intentioned driver, suspicious behavior or where to eat (Hint: eating in the street is generally as safe as in the fanciest restaurant!)

Many times I’ve been in dangerous situations in which I was targeted because of my gender. When I was in Cuba, catcalling, grabbing in the street and harassing in general were unbearable, which ruined my experience regardless of the beauty of what I saw and the amazing and helpful people I met.

On the other hand, when I went to Vietnam a family hosted me for two nights just so I could tell them how I was doing “that crazy thing of crossing” their country on my own! When I had a day layover in China, a guy I randomly met in the street while I was trying to ask for directions spent his entire day with me, just walking me around Guangzhou until I had to catch my next flight. I’ve gotten really sick when I was alone, to the point I feared for my life. I had accidents. I missed home and my people. I got lost. I lost my phone—twice! I went to places where I could not communicate with people. And still. I would not change any of it.

Traveling alone, especially for women, is one of the most empowering experiences we could go through. When we are alone in situations that are completely different from our comfort zone, we have no option but to adapt, and to do things we would never have known we were capable of doing. We also get to experience the thrill of knowing amazing places and people that change our perspective and extend the horizons of our knowledge.