Home > Olu's Stories > When the British return, things will be all jolly again in Nigeria 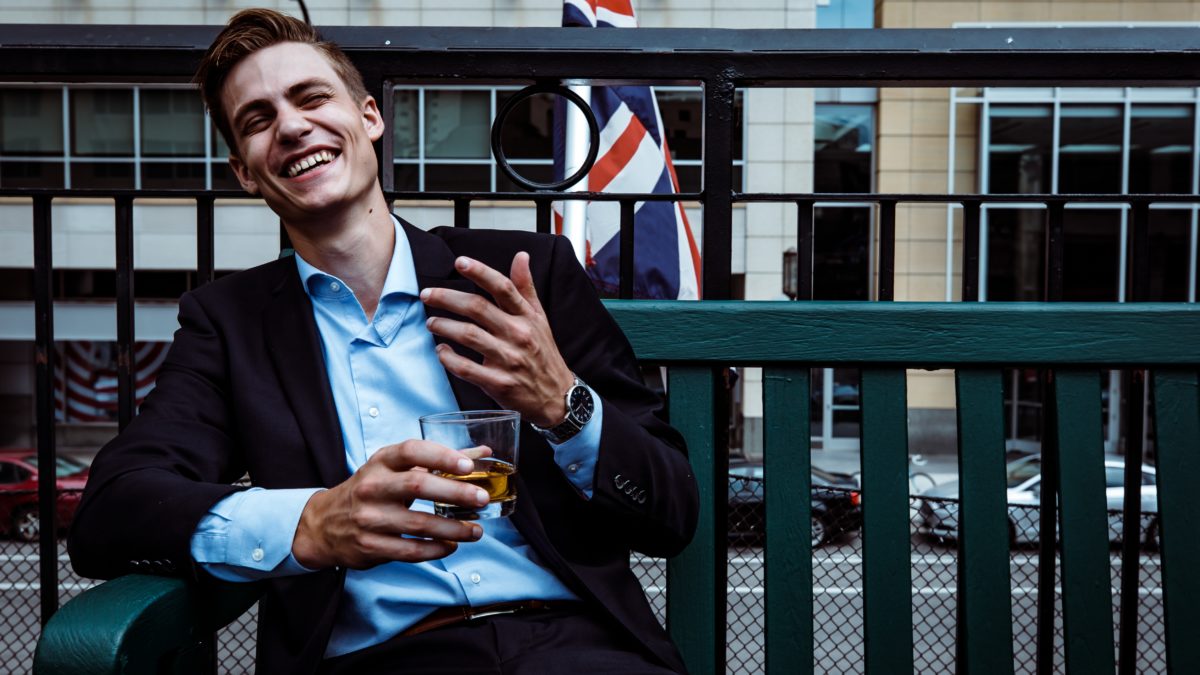 It has been over 57 years since the Union Jack went down in Nigeria. However, the indigenous leaders, who replaced the British colonial “masters” have yet to pass muster, prompting average Nigerians, to nostalgically cry out whimsically for a return to colonial times, when things supposedly worked. And now with a lady of African ancestry joining the royal family on 19 May 2018, the plebs may be on to something. (The author had originally published this article shortly after the engagement of the royal couple.)

Since 27 November 2017, social media and the Black diaspora have been agog with the official announcement of Prince Harry’s engagement to the stunning American divorcee, actress Meghan Markle – whose mother is an African American, who wore her Afro with pride as a young woman. Wait a minute, we know how infamously taboo divorce is in the exclusive clique of the royal family. The rocking and charming, flame-haired Prince Harry, whom we all love, like the Black man, Barack Obama, the 44th US President, is from a “broken-marriage” too. The late Princess of Wales had an acrimonious and controversial divorce from Prince Charles, the heir apparent to the throne of England – and of course, he is Prince Harry’s daddy.

Unlike the case of Prince Harry’s great uncle, Edward VIII, who abdicated the throne of England in favour of marrying the twice-divorced American, Wallis Simpson, their marriage has neither been challenged by the Crown nor the Church of England. Thus, while Prince Harry retains all his Royal titles and the progeny from their union will be his legitimate heirs, Meghan may even be elevated to Princess—if the Queen of England wishes.

Times are changing in a progressive and multi-cultural England. Although many argue that it is merely because being 5th in line (with the birth of Prince Louis Arthur Charles, to Harry’s older brother Prince William, Harry is now 6th in line), is so far away from the throne, to have as much consequence as being heir apparent or King, which Edward VIII was. Edward VIII’s abdication and demotion to Duke of Windsor, led to the succession of his younger brother, George VI, to the throne of England—Prince Harry’s great-grandfather. Perhaps it was propitious that the Duke of Windsor’s union with Wallis Simpson produced no offspring. All in all, it is a positive development that the Royal Family has a Princess (or Duchess) of African descent. Interestingly, Meghan Markle is a distant cousin of Prince Harry, being a descendant (on her father’s side) of King John (unclear) and King Edward III.

Incidentally, the controversy surrounding divorce and the British Royal Family, did not start with the House of Windsor, but started with the Tudors under a great uncle of Prince Harry’s about 16 or so generations removed, the similarly red-haired and hard partying famous English King, Henry VIII. Many movies and books have been made about his accumulation of six wives, and his break away from the Roman Catholic Church, only to establish a Church of England, now under his sovereignty and more amenable to his quest for an heir, in consonance with rules pertaining to Rights of Primogeniture.

Ultimately, while it appeared Henry VIII’s plan for a male heir to the throne was successful, and his control of the Church of England, once Papal authority had been renounced following its refusal to sanction the annulment of King Henry VIII’s marriage to Catherine of Aragon, so he could marry Anne Boleyn, whom he later beheaded, seemed to have worked out by the time he died supposedly of syphilis, with the death of Edward VI at the age of 16, the throne of England would fall in succession to two of his daughters…Phew (what a tongue twister)!

The second daughter of Henry VIII, also flame-haired, Elizabeth I, would become arguably, England’s most able monarch. Known as the Virgin Queen, because she neither married nor had progeny, her demise would end the reign of the House of Tudor. Under the Virgin Queen, England had become a great power; it had a distant colony in the Americas, which would become the great land of Meghan Markle; and Elizabeth I’s era witnessed the flourishing of the arts and the literary genius of the Bard of Stratford-upon-Avon, William Shakespeare.

And if the list of rollicking King Henry VIII’s wives seems too complicated to remember, the ever-humorous Brits have given us a mnemonic device to help us: “Divorced, beheaded, died, divorced, beheaded, survived.”

The British love for the arts has similarly inspired Nigerians’ love for the arts, which is comparable. The rich cultural heritage of Nigerian tribes such as the Igbos and the Yorubas, found unctuous expression in the poetic English language. Consequently, the biggest selling and most widely read novel by an African, Things Fall Apart, which captures a pre-colonial village in what came to be known as Nigeria, was written in English. In 1986, after leveraging the English language as a medium to project his rich Yoruba cultural heritage through his numerous plays, novels and sundry works, Wole Soyinka became the first African to win the Nobel Prize in Literature.

The artistic Brits have even left us two rhymes in honour of Henry VIII’s infamous history with his succession of wives:

Boleyn and Howard lost their heads,
Anne of Cleves he would not bed,
Jane Seymour gave him a son – but died before the week was done,
Aragon he did divorce,
Which just left Catherine Parr, of course!

It appears British comfort with pluralism or dualism, is in line with at least similar elements applicable to the Yorubas, also a merry-making people, in multicultural pluralistic Nigeria, among whom the Royals may feel quite comfortable. Arguably, Prince Harry shares so many similarities to tropes of Blackness, and now with a Black wife to boot we Black people may even claim him, too (of course Meghan Markle is also mixed race; but we know in America mixed race is Black, just like Barack Obama is Black, although similarly with a mixed racial heritage). That is why I make the case for King Harry or King Henry of Nigeria.

Furthermore, Nigeria’s diverse uppity elite fixated on titles and pretensions of royalty and nobility, would sooner adopt a foreign monarchy to centralise their titular claims to aristocracy, than elevate an indigenous Oba or a Sultan as the preeminent benefactor of peerage. What would be better for Nigeria’s bourgeoisie than to have true English royalty stationed in Nigeria, fulfilling the parvenu’s aspirations to nobility and validation for him to lord it over the Nigerian plebeian class, with a British title of Duke or Marquess?

Harry is just what we need, the perfect symbol; and a perfect fit – the requisite “life of the party” phenom, among the hard-partying Nigerians, will work well together like hand in glove! His youthful vigour matches Nigeria’s youthful population: over 60 percent of Nigerians are under the age of 30 years old. King Harry will certainly be a breath of fresh air and welcome change from the anachronistic, gun-toting Nigerian leaders and their retinue of sycophants. There is a desperate need in Nigeria to fill the leadership vacuum that is desperately out of touch with anything modern, progressive or innovative. Nigeria’s leadership has been too ill-equipped and too provincial, to harness the talent of its burgeoning youth population.

And as a bonus for the Prince, who won’t have to go through the trouble of his great distant uncle, King Henry VIII, whom polygamy would have sorted out, in his desperate search for a male heir – as king of Nigeria, polygamy will always be an option! Besides, polygamy is legal in Nigeria; they say modern British men, now favour polygamy. Our Nigerian women “like” to share their men – “abi mo puro fine sistahs?” (Yoruba idiom emphasising veracity, thus, “I speak the truth”). When there is a gun held to her head, indeed what options does a woman have available? When all is said and done, Nigerians wish the royals live happily ever after in marital bliss.

Bonfire for the Thieves

American presidents: These immortals were men