Home > Olu's Stories > When my friend “bluesed” the dictator’s daughter 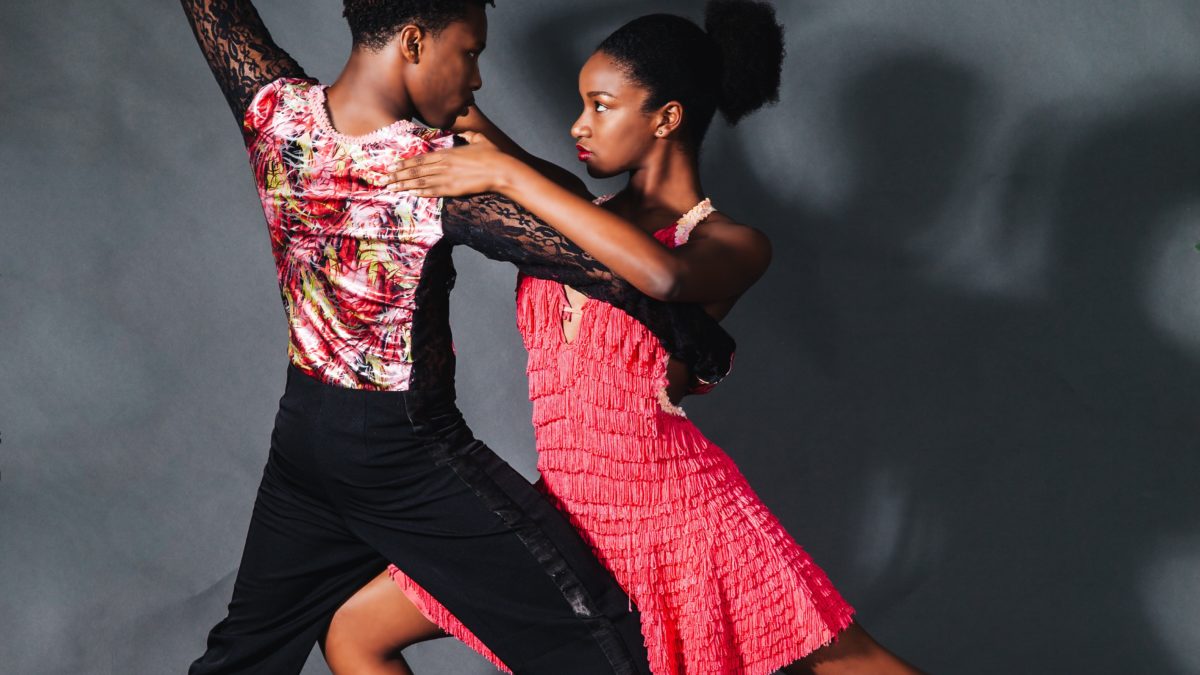 The euphonious melody of Anita Baker’s Sweet Love gently traveled through the air. But just as romance wafts from the sound box of the DJ’s booth stationed on the stage of our school hall, there was a sudden juvenile exodus of boys and girls demarcated by gender on either side of the great theater. The slow passionate jam meant it was time for the boys to “blues” the girls. The junior secondary school girls in their blue pinafore uniforms with barely buds protruding from their chests, but which seemed like pinup worthy jugs to brand new teenage boys would have to feel their boobs compressed against the bony chests of King’s College’s junior students. If the girls acceded to the request to dance from the brave boys, who’d made the frightful journey across the great divide of the hall, that is.

I was just 12 years old. I would turn 13 that year, but I did not qualify as one of the brave boys who crossed that great divide in the great hall since I barely had hair on my pubes. But Femi did. And the girl he was so bold to ask was a formidable and awe-inspiring prize. She was the daughter of Nigeria’s brutal military dictator, General Sani Abacha. She was also extraordinarily beautiful. It was not just her beauty, her unblemished fair skin and her long dark wavy hair which she set free to flow beneath her shoulders that set her apart. She was also the only school- girl not in her blue pinafore school uniform. Instead, in flagrant defiance of the rules of our school organized social events, Gumsu wore a lightly colored flowery summer dress with a pastiche of white. She wore beige sandals that revealed bronzed angelic feet. Her oval face with a soft cleft in her chin wore the fitting nonplused mien of an aristocratic child confident of her family’s station in life. But none of that intimidated Femi who had the patrician looks to match her fineness.

He too looked like he was assured of his family’s station in life. After all his father was founder and partner of the nation’s most prestigious law firm. Besides the family money, Femi also had the broad shoulders the young girls swooned over, the type teenage boys envied. Daily laps in the family’s Olympic sized pool in his backyard carved and chiseled a barrel chest, shoulders and arms that made him cocky and rambunctious in school, while constantly picking fights with skinnier boys. The teen girls did not fancy the bookworms like me, back then. They fancied the “bad boys” like Femi. It also helped his cause that Femi looked like a teenage Blair Underwood with a natural patrician nose, the type that motivated Black stars to rush to the plastic surgeon for a rhinoplasty.

But still it was Abacha’s daughter. Although he was only the chief of army staff then and not yet the supreme commander and military dictator he became in 1993 when he seized power in a military coup, nonetheless he was already the most feared man in Nigeria and was known to be the architect of every successful coup in the nation. He had appeared on television as the spokesman announcing a couple of takeovers. He was also known to have foiled several coup attempts. For that the then military dictator felt he owed him his life. General Abacha was left as the chief of defense in a transitional government following a botched mishandling of the nation’s freest and fairest presidential elections on June 12. Then dictator General Babangida annulled the elections that to his perturbation would have made Chief M.K.O. Abiola, an affable American trained billionaire businessman, the new democratically elected President. To pacify a turbulent south especially the Yorubas, who had become fed up under the long military captivity with its corrupt excesses, General Babangida would install a British trained Yoruba lawyer and businessman, Ernest Shonekan, as head of a transitional government.

According to the former dictator, Babangida, he had left Abacha behind as the chief of defense under the new civilian government of transition, to give the cabinet some “bite” and weight with the army. The interim government barely three months in existence, General Abacha was said to have strolled into Shonekan’s chambers where he was seated as unwelcome leader of Nigeria, walked around his desk and pulled out a revolver. Pressing the muzzle to the pretender’s head, the strongman gave him two options to stain the white resignation letter resting on his desk: either the wet ink of Shonekan’s signature conceding power to Abacha, or the red blood splatter from a brain gutted by the explosion of Abacha’s bullet. Babangida’s stooge, Shonekan, chose the less gory alternative which spared his life and meant that General Sani Abacha was now the military head of state of Nigeria. Abacha would go on to imprison Abiola.

Abacha would rule Nigeria for five brutal years committing the most egregious human rights violations any regime in Nigeria had and would die in office allegedly by a poisoned apple from his foes. His nemesis, Abiola would die mysteriously a month later, after sipping a cup of tea in the presence of a US delegation that had just negotiated that he be released on the day of his sudden death.

Abacha was a northerner. An “Arewa.” Abiola was a Yoruba man. But all that political intrigue and tribal conflict would transpire many years after my Yoruba friend, Femi held the daughter of our Arewa military dictator tightly, firmly being her protector when we were all just teenagers seeking our first nervous forays into the art of love. Interestingly, Gumsu Abacha the daughter of the military dictator, at the time was the classmate of Ronke Abiola, the daughter of Abacha’s nemesis and his prisoner, Chief M.K.O. Abiola.

Neither one of them could have foreseen how their fathers’ paths would cross in a deadly way. But this is a love story. An innocent story of teenagers’ childish romance. Romance builds bridges and melts down walls. When we were in form three in secondary school my Yoruba friend, Femi, firmly crossed that bridge over the defenses of an Arewa’s heart.
It was on a Saturday and the event was the Junior Literary and Debating Society day organized on our King’s College campus in Lagos. Our sister school, Queen’s College located across the river was well represented by the girls in their blue checkered blouses, blue pinafore and blue berets, that held their braided hair in place, while our boys—the King’s College boys—were dressed in all white: white pants and white shirts. Even Femi, nicknamed Ozone because he looked like a dark version of the break dancer, was in saintly white too.

Many of us had been visibly displaying our steps and “snaking” with the girls who’d obliged us, on the dance floor as we wiggled our hips, writhed our necks and torsos to the gyrations of the extant hits. Back then it was Rumors by Timex Social Club and Noel’s Silent Morning that ruled the charts. We all knew how to dance, and we loved the energy of the American beats then. We mastered the Black dance steps from our African American cousins with ease. We are Black too.

We were sweaty and grinning. We were happy, innocent and free. Then the DJ changed tunes. We all recognized the forbidden song immediately. The unmistakable pelting beats of the preamble that ushered in the musical erotica carried by Anita Baker’s unique sumptuous smooth textured voice had started. Sweet Love was playing. The girls stopped suddenly and with nervous twirls all fled the room, retreating to the double doors at the exit. The boys in white tried to be as cool as possible as we withdrew in embarrassment with our hands in pockets. Gradually the great hall was empty. Then one solitary figure that had not been dancing to the fast tempo beats, was left standing by the door with a studied aloofness that allowed him to contemplate his prey. From the doorposts, everyone watched the delicate youthful beauty of Gumsu, who was said to be a bit older than many of us. But still just 15. She was just right for Femi, who at 14 was also older than many of us. Old enough to cause us to call him egbon Femo.

As if Femi deliberately waited for the dancefloor to clear up before he took his regal steps towards his conquest so that like an exhibitionist, who had mastered the details of his magic act to a T in order to captivate his audience, he advanced towards Gumsu. As the floor emptied and all we could hear was Sweet Love, Femi strolled majestically towards Nigeria’s own princess. She sat poised, alone and unmindful. Once Femi reached her, we could all see her look up at him. Her exposed long slender arms tapered towards her hands, elegantly clasped together resting on her knees above her crossed legs. We all saw the smile. We held our breaths as we waited for Femi to turn around head bowed in disgrace from rejection. Instead, Gumsu placed her hand in Femi’s outstretched hand as he helped her to her feet. You could hear the synchronized gasp from every teen in the room as Gumsu put her arms around Femi’s broad shoulders. Femi did not falter as he pulled his girlfriend toward him holding her tightly close for the full length of their bodies to mesh together with his arms about her waste like a bulwark. Gumsu rested her head sideways by Ozone’s neck on his left shoulder. Cheekily Femi had his full thigh, leg and foot in between her legs so that it appeared that her full weight rested on his upright body.

Her father may have been the general in charge of Nigeria’s army, but Femi was the teenager in control of her heart. And the brave Gumsu was not afraid to let us all know that on that Saturday in the great hall of King’s College Lagos. The moment was theirs and while the two savored its stillness, we all respected it enough to remember. They barely moved. She looked so content and uninhibited holding unto him. We called it “bluesing” back then. It was before bumping and grinding. There was something magically romantic about it.

It was clear to us, that egbon Femo had more experience than most of us as teenagers. The music played to the end. It had to end at some point. But I can’t remember how it ended. I can’t remember how they let go of each other. But Gumsu and Femi dated for some time. I never asked him if he kept in touch with her when her father became the military dictator of Nigeria. She may have been married off early. I recall I liked one of her friends. I too had danced to a slow jam and held her tightly after I had built up some muscles and more confidence to blues a girl I adored. Another rare gem of the beautiful Fulani tribe of northern Nigeria. But that is another story far less complicated than the one of the time my friend bluesed the daughter of Nigeria’s most feared military dictator.