Home > Olu's Stories > When my colleague called the cops on me 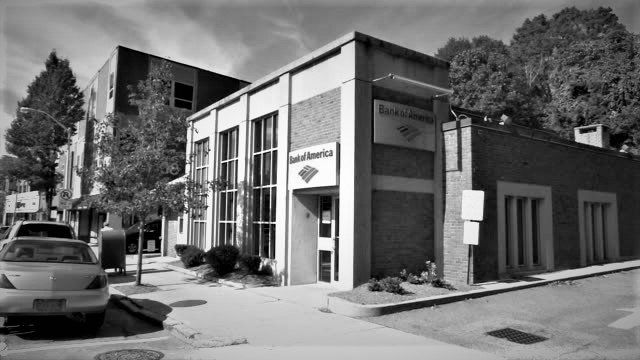 Ninel was a strange character from Armenia, who at once would rush into the office in tears with anguish written all over her young face and the next moment once behind the teller line would be laughing and barking out orders at her colleagues, while raising her voice at customers all at the same time. She was not hired for her customer service skills. She had none. As teller manager of a leading bank branch in wealthy Belmont, she believed her only job was to make sure no money was stolen.

I was the one who was hired for my customer service skills, to schmooze the rich clients and drive sales in the under-performing branch where wealthy Iranians and Armenian clients formed a solid base. Although I was an uncommon black face in the area, I succeeded in driving the sales of the branch and in becoming the leading banker in the New England market within 6 months of taking the job.

My courteous ways and respect for elders made me a hit among the older retired clients who liked to chat, while my personalized attention engendered trust. It made their wealthy younger family—CEOs and executives—take to me, too. There was the CEO and founder of Microcenter, for instance, who would sit in my office and draw elaborate maps as he divulged the history of Armenia. But my performance, although it benefited everyone at the branch since its overall success as a market leader meant everyone would get promoted, appeared to make Ninel jealous. Apparently, she saw me as her competition for the promotion she desired—assistant branch manager. It was the next rung in the rigid hierarchical bank structure.

With her usual histrionics, she celebrated the call informing her that she was the new assistant branch manager, by collapsing, crying and screaming in the bank lobby. I was sincerely happy for her and congratulated her. I was the only male in the almost 10-person team, and with all of Ninel’s drama, I was the brother in the branch that everyone kind of looked out for, while being relieved to have a man around to do the “heavy lifting.”

But what followed shortly after shocked Ninel and caused a mini sensation in the retail bank. I was plucked and transferred to the elite investment banking division and consequently, promoted by skipping several rungs above Ninel’s assistant branch manager position—over her boss, and over another rung above branch manager, to become a full-service financial advisor. Such a promotion had never occurred at the bank. And even years after my departure, I learnt it has never since been repeated. But I was not surprised since I had done it before at a previous bank, and with my MBA, I knew service in the trenches of the retail bank would endear me to leaders and enhance my synergistic value as I got to know our clients.

“Congratulations Olu. Nobody deserves it more than you. I have never known anybody work harder than you,” said my nemesis.

But Ninel’s gracious words were not in consonance with her subsequent actions. As a financial advisor I was responsible for maintaining a portfolio of wealthy clients among a network of branches and while advisors maintained an office at the headquarters, they had unrestricted access to use the retail branches to meet clients upon request. If there was any protocol, the advisor merely needed to inform branch staff they would be there meeting clients. Because banking atmosphere was typically congenial, this never posed a problem. Until Ninel violated typical bank camaraderie.

A client who wished to discuss investment opportunities with me but was getting married and wanted her fiancé to be present at our meeting, scheduled an appointment with me in Belmont where they lived. I cleared it with the branch manager with a quick call.

“Olu, you don’t even need to call to tell me you’ll be coming on Saturday. This office is like your home, and you’re welcome anytime. Besides, nobody uses the office on Saturdays.”

So, Ninel’s boss said it was not a problem.

I showed up about 20 minutes early to be fully prepared for my meeting. I had greeted Ninel and did not particularly notice anything awry when I entered the corner office, cloistered away from the rest of the staff. But not long after I had settled in, a burly white cop opened the door, peered in and asked me to step outside for a moment. I followed him outside, where he asked me what I was doing in the office.

I informed him that I worked for the bank. But strangely, he did not believe me, and instead asked me if I could prove it. I said yes, since I had my bank ID and my business cards on me, which he asked to see. I supplied them and again strangely, he scrutinized the cards, as if they could have been fake.

But upon verification, his countenance changed, and he apologized looking embarrassed, as he informed me that he had received a call from Ninel telling him a strange man had gone into the office. He explained that weirdos came into the bank all the time, but he had no idea that I was an employee. He asked me for my business card and gave me his contact. I recognized from his last name ending in “ian” that he was Armenian descent like Ninel who had immigrated from Armenia just a year prior to the incident. I had schooled and lived in the United States for about a decade and was married to an American at the time.

It was not the first time I had observed Ninel demonstrate prejudice based on skin color. A young Black man in a wife beater with his family including his wife, their toddler and their infant in a stroller had entered the bank and as they approached the teller line, Ninel immediately closed her window and shut down the rest of the teller line. Except for the African American family, the lobby was empty. She did not say a word to the family. Noticing the brush off, I invited the couple and their children into my office and treated them with the dignity they deserved.

I never bothered reporting the incident and I did not blame one misguided immigrant’s indiscretion on the good Armenian-American community that had been the bedrock of my success in Belmont. Although everyone realized that Ninel was erratic, she appeared to have unethically used ethnicity and perhaps her understanding of the disadvantaged station of Blacks in America, as a weapon against me. Whatever satisfaction she derived when she sicced a cop on me, I do not know. But I remained unflappable by her theatrical crudeness. Just one of those things in America. All boils down to how you allow the temper of race relations to rain on your parade: Me—Never.