Home > Olu's Stories > When a Nigerian was swindled in France 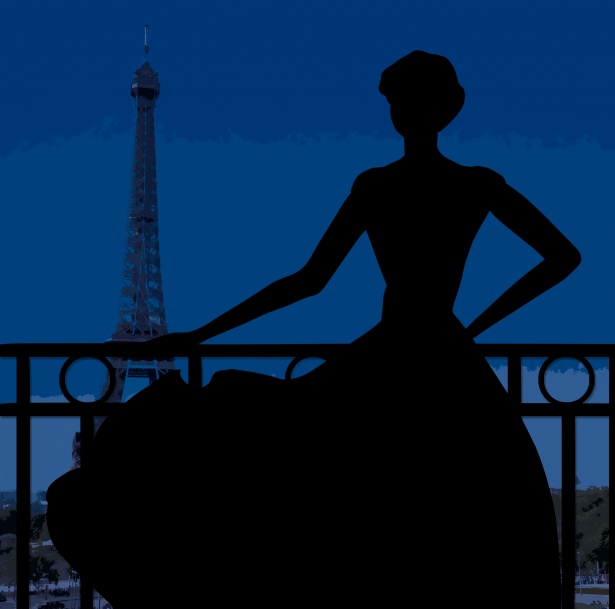 Those red flags should not be ignored…

It was the second time I had been to the hotel in search of a room to stay in.

“But I just saw you check in and accept money from a new guest. What do you mean there is no room available?”

“That family had reserved the room earlier. We are fully booked for the holidays and have no room for you.”

“I came here over an hour ago, and I was told the same thing. But it is past midnight and you have just listed rooms that are unoccupied and have not been paid for. What if the people who reserved them never show up? I am here right now with money to pay. Have you no empathy?”

And that’s when Mustafa smiled and changed his tack with me.

“You are from Nigeria, no?  I like Nigerians. I have so many friends from Nigeria. I am from Morocco. We Africans should help each other my brother. You are lucky, I just remembered that there might be a room that just became vacant. But it is not in this hotel. We have another hotel. Give me one-minute brother, and I will take you there. You are very lucky. You will not go to jail inshallah!”

I finally felt relieved after a tortuous 24 hours, having been dropped off at the border of France and barred from crossing the ferry into the United Kingdom.

“Next time you can come in with your American passport or you get a visa on the Nigerian passport to come into the U.K. love. And do not ask your E.U. national friends if your Italian visa will get you in. Pick up the phone and call us. You know better than that. You was just at Oxford last year, love. That’s Schengen. People make that mistake all the time. U.K. is not part of Schengen love. Sorry.”

She called me love so many times and even held my hand. I really think British women have a thing for Nigerian men. But the English border control officer was as officious as she was affectionate. I was dropped off by my bus at the border without a refund of my money. Shit!

My foolish sentimental attachment to the Nigerian passport I had just acquired and which I intended to travel to Nigeria with seemed like pariah. Consequently, I was excited to find it benefitting me with Mustafa the Moroccan, who smirked with relish as he took a picture of my passport on his phone. Handing the green passport back to me, he offered a generous: “Nigeria: good country!” that went to my head.

Although alarm bells should have gone off when we had arrived at the hotel where I was to stay, and I realized it was the one place the cab-driver who had been driving me around Calais in our search for a hotel vacancy refused to stop, I was too exhausted and ready to stay anywhere to avoid having to spend the night in a French jail in Calais for vagrancy.

A French cop had nonchalantly advised me at the restaurant of the bar I had gone to sit in hoping I could at least spend the night there if I could not book a hotel. With my five bags and suitcase, I had walked up to the very tall French police patrolling the area and asked them, if I could sit in the gallery of the bar next door till the morning or in the town’s promenade.

“Everywhere closes at 2 a.m. After that you can either stay in a hotel or you come with us.”

Mustafa used a strange device – a microcontroller – he plugged into the key-card-activated door to open it, after he had knocked to confirm that the room was empty. But as he walked in, I could see clothes hanging in the closet. It was an occupied room. He beckons with his hand for me to wait outside as he unlocks a connecting door; he passes through to open the room adjacent to the room he had just hacked into. Transfixed, I reflexively inquired, “Is this safe?”

“Very safe my brother. Only one problem. There is no key. So, you cannot go out tonight. You just want to sleep, no?”

“Sure. I am not going out,” I replied, weary with exhaustion.

I handed Mustafa my debit card to pay, because I never carry cash. Briefly, I wished I had cash instead.

“Is there an ATM around so I can withdraw cash to pay with?”

“Do not worry my brother, I process debit cards. No problem. Just rest my friend,” Mustafa reassures me as he pulls out another gizmo to process my debit card.

The room was decent, and I crashed immediately after I flopped onto the bed without undressing. Then I was awakened suddenly by screams. Jumping off the bed and dashing to the window, I saw one hooded black man being chased by a group of about 15 people. The hunted man halts briefly to throw a couple of blows at one of his pursuers. But he’s soon struck on the head by another wielding a long pipe. He founders on the cobblestoned road screaming loudly as the others descend on him with blows. I rush to grab my phone and take pictures of what looked like was about to be a modern-day lynching in France. However, the cops showed up. All was resolved.

The rest of the night was uneventful. I was just anxious to get out of Calais and be safely back in Milan. I had to pay with some cash I later realized I had withdrawn for a purchase I squelched, after the cashier at the train station told me my card was declined.

“Impossible. That’s a debit card and I have lots of money in there. I just used it to pay for my hotel room last night.”

“Sorry monsieur, maybe the trouble is with my machine. It malfunctions sometimes. Do you have cash?”, asked the Frenchwoman.

I thought nothing of the incident until I got to Frankfurt and I was told that since I had not reserved a seat in advance, I had to pay for my ticket to Milan by cash. I went cold as I felt sweat break out on my forehead, when I read the message on the ATM: “Insufficient funds.” My account that I knew had loads of money in it, was empty. I suddenly realized that someone may have fraudulently depleted my account.

My Italian line had stopped working once I left Italy and I had no internet to communicate on WhatsApp. And then my phone died. I stuttered in embarrassment as I tried to negotiate a deal with the ticketing agent that I promised to send them 69 euros for a ticket once I was back in Milan. Stranded in Frankfurt without a penny or working phone, I recalled the Nigerians panhandling in Milan with hats in their hands to receive the cash I volunteered. One got 10 euros from me, and the other got 5 euros. And now I took off my red leather Porsche cap, wondering if I could pawn it with my expensive Swiss wristwatch for a ticket, or use it to make up the deficit of 44 euros for the cheapest bus ticket to Milan. Two Arab men who had heard my appeal to the ticketing agent came up to me and gave me money for a ticket: mysteriously, one gave me 10 euros and the other, gave me 5 euros. Exactly the amount I had given the two panhandlers in Milan. A German nurse gave me her charger. I felt fucked. Until my charged phone popped up my missed WhatsApp messages from my girlfriend.

She was a medical doctor in England and often stayed up into the early hours of the morning to chat with me. We had just started our relationship, and I could not tell her any more horror stories, after she had comforted me for the recent loss of my father and the subsequent attacks I had endured from my family for my inability to attend his funeral in Nigeria due to my exams in Milan. I could never tell her I was penniless in Frankfurt after I had been robbed. Nobody would want to stay with the Nigerian version of Voltaire’s hapless Candide with his magnetism for misfortune.

But I told her. And true to her calling, the doctor instinctively figured out how to save me without my prompting, by buying my ticket online and sending it to my phone.

Now back in Milan, I was finally relieved as I sat in the kitchen of my apartment chatting with my lifesaving girlfriend. Nothing could go wrong from here on, I reassured her. My sagacious girlfriend giggles and says, “Always be prepared for the unexpected. You never know. Challenges: that’s what life’s all about.”

The gizmo-wielding Mustafa may have saved me from spending the night in a Calais jail by booking me into a room, but I have certainly paid a lot more than I bargained for his service.

“Mustafa, what the fuck are you doing with my passport?” I exclaim in frustration at the fraudulent man who had taken a picture of my Nigerian passport, while flattering me. But from wherever in the world he is controlling his hacking devices, I know he cannot hear me.