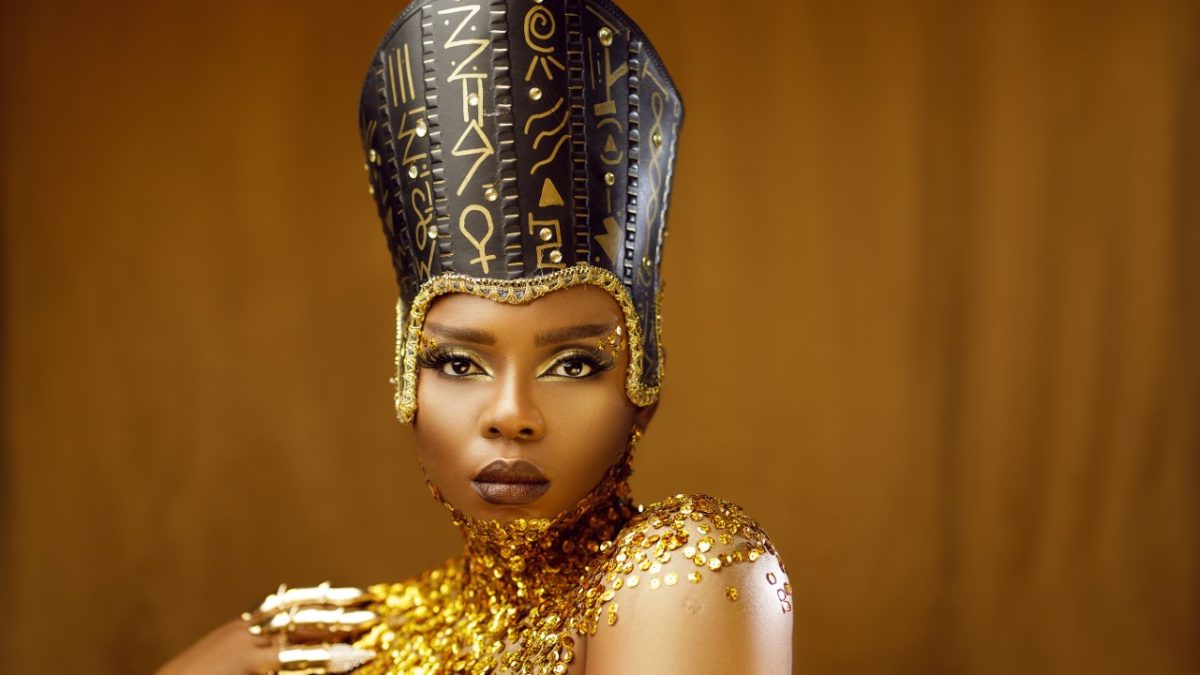 I remember when I first met Yemi Alade. My online radio station, Reel Radio, had just commenced operations and she was my very first guest. It was in 2011, a couple of years after she was crowned the winner of the Peak Talent Show. What struck me then was her immense talent, drive and hard work. I would attend entertainment shows and she would be up on stage giving the performance of her life. That was the thing that really stood out for me. There are no half measures with Miss Alade. Her shows are always highly energetic and enthralling, leaving her audience fully satisfied yet wanting more.

Yemi Alade was born to be an entertainer and she is living it. It is no surprise that today she has four critically acclaimed and well received albums under her belt, including her recently released studio album titled “Woman of Steel”. The album features multiple Grammy Award winner Angelique Kidjo and the legendary Duncan Mighty.

I recently caught up with this formidable woman and we talked about all sorts of things, including being on Beyoncé’s latest album, the challenges of being a woman in this male dominated industry, her purported rivalry with Tiwa Savage, her deal with Universal Music and much much more!

It is no accident that Yemi has attained the level of success that she currently enjoys. In her own words, ‘it has taken hard work, God’s grace and favour, consistency, resilience and my super team at Effyzzie Music’. Her popularity has afforded her the opportunity to perform her music to very diverse audiences all over the world and among ardent fans in France, Kenya, Ghana, Sweden and the USA to mention a few. In July this year, she became the first African female artiste to reach one million subscribers on YouTube.

Certainly, no ordinary feat! Her success has made many particularly in the media to compare her to another well-known Nigerian female music artiste, Tiwa Savage. The reports often insinuate that they have an unhealthy rivalry. I was interested to establish the truth regarding the reports and rumors which she immediately described as ‘false’. ‘It is all media and fandom, always pitting artistes against each other. Music is not a sport. It is an art form meant to uplift, inspire, motivate and more’.

She goes on to add that people should ‘listen to music, appreciate it and stop stirring the pot’. Since that’s settled, I asked her if we can look forward to a collaboration between the two of them and she calmly replies that ‘what will be, will be… when the time is right, if the universe wants it to happen, it will.’ She further explains that ‘the best collaborations happen without outside pressure and end up celebrating love and pushing a powerful message’.

Yemi Alade’s image is that of a very strong, proud, Afrocentric woman, who boldly speaks her mind without fear or favour. Is the Afrocentric aspect a deliberate strategy to stand out of the crowd, especially at a time when most female artistes are projecting more of a European look? It seems not.

‘I have always loved Africa and the black skin. My music and artistry are me. What you see is what you get’. As a role model to many young girls, I commend her on her positive body image, something many lack today and often go the route of plastic surgery hoping it will lead to self-love and acceptance.

I wonder if she’s always been this confident and she simply replies, ‘as long as I can remember, I have always embraced body positivity in any form. This probably has made me a woman comfortable in her own skin and I want everybody to be comfortable in their bodies. Treat it right; sleep, eat healthy, exercise and love every inch of it’.

The music industry is still very much male dominated and I therefore enquired of her if she has ever suffered sexual or gender discrimination and how she handles it. ‘Women are always objectified in any industry. I think people in positions of power, should do better and not abuse said power’. But with that being said, ‘women are breaking boundaries and will continue to rise in whatever field we find ourselves operating in’.

Yemi is what is sometimes known as a ‘conscious music artiste’. She is not afraid to speak out on matters affecting our country and society in general. As far as she is concerned, ‘we have a voice, a platform and a huge following. Entertainers should use it to speak up against societal ills and intimidation. I for one have been very vocal both on and off social media about politics, government and oppression in any form’.

As Yemi Alade’s success remains on the rise, it is only natural I ask if she has any plans to conquer America to which she replies ‘Music knows no boundaries. African music is taking the globe by storm. I have toured America in the past and actively interacted with American press, been nominated twice for the BET Entertainment Awards, have recently inked a major licensing deal with Universal Music, featured on Beyonce’s new album twice and so on. I just want to keep making music that moves and provokes emotion, the music will break down doors and conquer whatever needs to be. Nonetheless the team is working tirelessly to ensure said music is heard’.

With all she has achieved, she disputes my assertion that she has made it. ‘I do not feel I have made it. I am still working to get to this point that you speak of.’ After all at the top of her bucket list is to win a Grammy Award.

So, what does this extremely focused, hardworking woman do to relax? Being the down to earth person that she is, it is no surprise that she looks to  the simple things in life such as ‘cooking, good food, good movies or television and sleep!’. She has however acquired a new skill. ‘I just learned how to ride a bicycle a few weeks ago, and I am loving it!’

Yemi Alade – Woman of Steel. Out Now On All Major Digital Platforms!