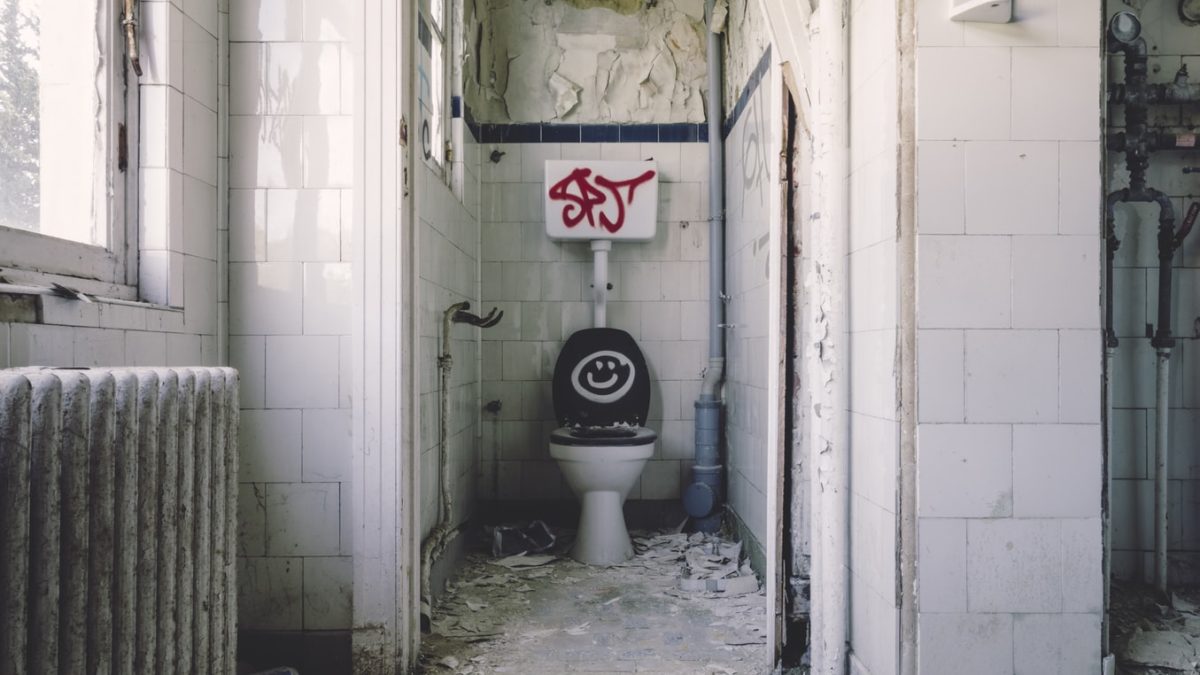 In the 19th century the work of two important scientists, French microbiologist, Louis Pasteur whose Germ Theory confirmed the operation of microorganisms in spreading disease, and British surgeon, Joseph Lister whose antiseptic surgical methods emphasized hand hygiene would vindicate Ignaz Semmelweis’ proposal that handwashing helped prevent the spread of diseases. The Hungarian physician, Semmelweis, was ridiculed and committed to an asylum for his novel idea that “childbed fever” and deaths in hospitals could be drastically reduced through hand disinfection. Today, modern society knows for a fact that it is proper hygiene and respectable to handwash after using the restroom where bacteria abound, though unseen with the naked eye. While we take it for granted that everyone knows the benefits of handwashing after using the restroom, there is a significant gap between our knowledge and extant practice.

I regret that I must report an epidemic in the DMV (DC-Maryland-Virginia corridor) area. I walked into the restroom of a major store patronized in the area, and I saw the manager walk out without washing his hands after relieving himself. It shocked me the more, because he saw me washing my hands, but ignored washing his. After I walked out I saw him handling the food in the store. I was grossed out. He knew I’d seen him not wash his hands. I did not know whether to speak up and ask him not to contaminate the food they were selling with his unclean hands. But I said nothing and instead told his staff, who said they’d report it.

Unfortunately, that was not an isolated event. In my first year of law school, I was ill a lot with the same thing – stomach viruses. During the finals of my first semester of my 2L, I was hit with another excruciating stomach bug. I could not understand what was going on. But my classmate who lived on the same floor of the luxury apartment building I stayed in, just two doors from me, approached me one day and disclosed how she had spent hours stooling from a stomach virus she picked up. Now this was bad considering women do not like to conjure up images of anything associating them with “number 2.” Here was this super-cute young lady in my class telling me she was shitting her ass off for hours during the exam period. Since she was so bold, I told her so had I. She told me she got it from her friend, who’d been stooling too.

Men are not the only culprits in this malady. Years ago, at an elite firm my ex had worked in, she had been told like many of her colleagues, to avoid shaking hands with a new associate. There was a rumor that this female associate never washed her hands after using the restroom. My ex told me she felt sorry for her, because the young lady was very pleasant, and she wondered if someone could tell her she needed to wash her hands after using the ladies. She also wondered if it was a cultural thing (she was white though not American-born, so I seriously doubt if it had anything to do with her culture – not that any non-white cultures embrace non-handwashing).

However, one day my ex was in the ladies at the same time the infamous associate was doing a number 2, and she was appalled after seeing the accused colleague walk out of the ladies without washing her hands. My ex said she was tempted to chide her to come back and wash her hands but had been too shocked and grossed out to say anything. All the initial sympathy she’d felt for her when she heard the rumor, disintegrated when she witnessed the atrocity first-hand.

Recently, I had been in the restroom and I noticed my classmate who had just relieved himself was about to walk out without washing his hands. As he opened the exit door and I stared mouth agape at his back as he advanced out of the men’s room, before I could exclaim, he turned around walked towards me to the sink, with his hand to his head, saying he forgot and had a lot on his mind. I joked, that I would have walked into class and ratted him out. (No I wouldn’t…or would I?)

While I was pleased my classmate checked himself on time and did the right thing, I am afraid that I have seen professors use the restroom without washing their hands afterwards. Before law school, I was positively disgusted to see the general counsel of a major firm I had worked in, do a number 2, and walk out of the men’s room without washing his hands. I shake hands a lot, because I am a friendly and gregarious person. But I hate the thought of having more tummy aches because I might be shaking the hands of someone who has fecal matter or urine nestling in his fingers and palms.

It was after I had lived in Italy for about seven months, without once falling sick that I realized Americans might be prone to illnesses a lot because of poor restroom hygiene. Arguably, the ubiquity and use of bidets possibly encourages handwashing in Italy. I once encountered someone who would not shake my hand as I stretched it out to say “hello.” Now I realize that it wasn’t “me.” He may have seen folks who did not wash their hands, and he’d simply decided to be safe, and salute with a nod instead of risking infection from a handclasp.

Poor hand hygiene is an epidemic: In the library where I study I have noticed most people walk out without washing their hands. I get relieved when I see the ones who wait to wash their hands thoroughly. It is not difficult. Personally, I feel dirty once inside a bathroom, and I just want to wash my hands anyway, after touching the door handles or sink. I recall many years ago when I had been a financial advisor at an elite firm, a colleague who’d observed me as I washed my hands carefully, asked me if I was a “germaphobe.” I had thought he was asking a bizarre question since I had just used the restroom like he had.

He’d washed his hands, too, I observed. But in retrospect I wonder if he had washed them because he saw me washing mine. In any event that was a lot better than the store manager who looked at me as I washed my hands, but still walked out without washing his hands after relieving himself. Please let us keep ourselves and peers free from illness by washing our hands. Besides it also reflects positively on your self-image and dignity when you wash your hands: imagine how low you fall in the esteem of others when they see you walk out of a restroom with filthy hands, only to contaminate others and even the inanimate objects (e.g. door handles) you subsequently touch.

About 2 months ago while in New York, I watched a middle-aged father lead his young son (of about 6) to the men’s room to wash his hands. His dad stood watching him apply soap and wash, and as he reached into his blonde hair to scratch his head after touching the restroom counter, his dad directed him to add more soap to his palms again and re-wash his hands. There is a gnome in the Book of Proverbs, in the sixth verse of the twenty-second chapter: “Train a child in the way he should go, and when he is old he will not depart from it.”

We can all train ourselves to wash our hands after using the restroom. It is for everyone’s safety as well as dignity.

On October 4, 2018 President Trump made the news again with a viral video of what has been described as toilet paper stuck to the sole of his left shoe as he boarded Air Force One. Doubtless the image conjured up for many: “sanitary habits.” Similarly, it may have raised other prickly questions for a leader who has to shake hands with many dignitaries and admirers every day: Does the president keep clean hands?

When my friend "bluesed" the dictator’s daughter