Home > Opinion > Reflecting on the hard life of a fat cat 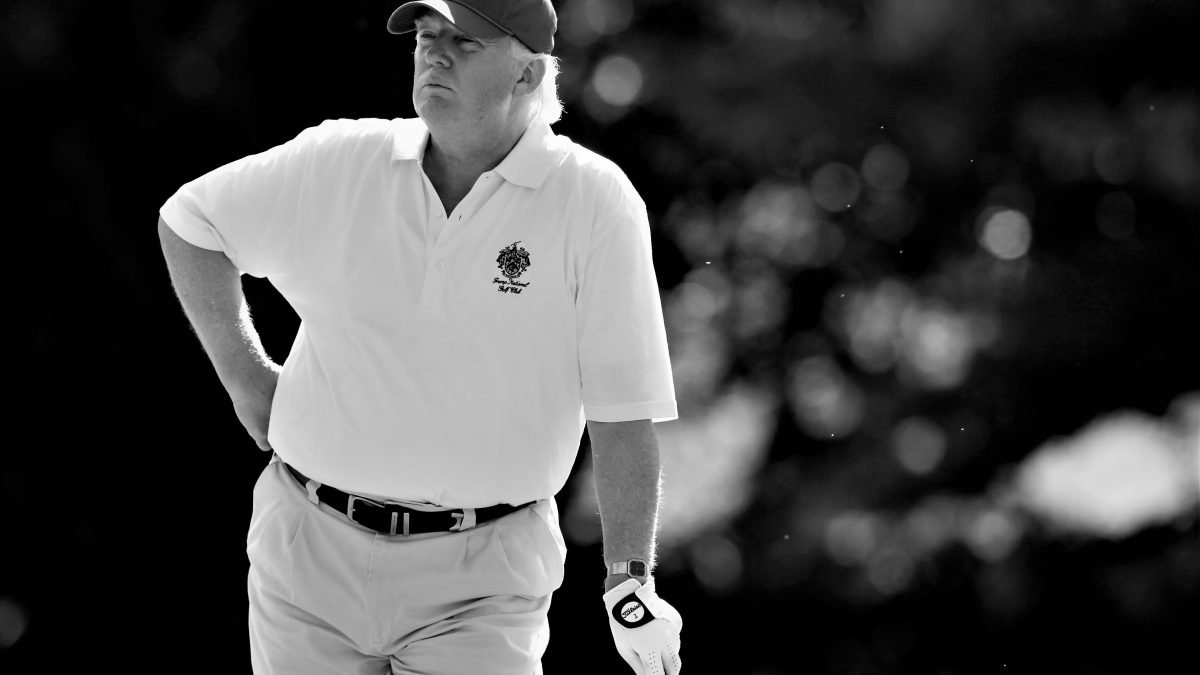 FILE - In this June 27, 2012, file photo, Donald Trump stands on the 14th fairway during a pro-am round of the AT&T National golf tournament at Congressional Country Club in Bethesda, Md. Donald Trump wants to make one thing perfectly clear  he doesn't cheat in golf. Trump also says he has never played golf with former boxer Oscar De La Hoya, who earlier this week questioned Trump's integrity on the golf course. Trump told The Associated Press on Thursday, May 5, 2016, he respects the game too much to cheat and is good enough to have won a number of club championships. (AP Photo/Patrick Semansky, File)
Opinion

According to an article in Forbes: “The Tax Cuts and Jobs Act of 2017 was the largest tax overhaul in over three decades. It was rushed through congress and it’s working exactly as it was intended to do [:] to line the pockets of the wealthy at the expense of the working class.”

Having 6 pure tax courses under my belt and consequently having a decent understanding of the rationale behind American taxation, it is fair for me to say a reasonable tax system rewards those who work hard and promotes work, which should ultimately boost the economy. Ironically, the main author of the bill that became law in 2017 is unequivocally the laziest president America has ever had.

Donald Trump’s sloth is particularly more jarring considering he mans the ship at a time that the United States faces a crisis of unprecedented proportions since the Second World War. As of today (August 28, 2020), over 184,000 Americans have died from the coronavirus pandemic. Avoidable deaths all occurring within a span of 7 months. Medical experts have now opined that President Donald Trump’s initial lethargic reaction to the pandemic in January of this year when he was possibly first advised on this, exacerbated its spread in the US and failed to mitigate deaths.

Yet even 8 months into the pandemic, Donald Trump still plays ostrich, and chooses to tweet and golf. A website tracking Donald Trump’s golfing reports that he has made over 135 daytime visits to golf clubs since inauguration, costing American taxpayers an estimated $140 billion because of his expensive hobby. This number only accounts for visits with evidence of Trump golfing during those times.

It is all the more disheartening given that over 30 million Americans are unemployed in the middle of the worst pandemic in a century. The Labor Department reported that 31.8 million people claimed unemployment insurance for the first week of July. Working class Americans are hurting severely, while Donald Trump and his rich hordes play golf. Donald Trump recently floated the idea of putting a permanent end to payroll taxes, thereby cutting  social security which shields about 65 million Americans from poverty.

Concerning those opulent hierophants that complain about “free” healthcare and funding universal higher education, but love those tax breaks because they “deserve” them: What exactly is the extent of their work?

Perhaps they tweet all day, and alternate with smartphone texts to their partner in law (spouse); toggle between emails and chat-rooms for office gossip, and circle back with the paramour. A frantic dash to the break room…more gossip; more texts to the Spanish chef, “What’s for dinner?”

More texts: to the partner, to convey what’s for dinner. Back to coffee and multitasking, and with a delicate balancing act; juggling a warm coffee mug in one hand and pressing the nondescript buttons on the microwave with the other…open the microwave, to retrieve the croissant and the bagel. Where’s the spread?

More typing: on Lotus Notes to plan another hectic day for tomorrow…toggle back to Microsoft Word to complete a paragraph, announcing another day’s agenda accomplished. Another email to the Assistant to make sure she’s not being lazy and just chatting all day; must set an example and keep her nose to the grindstone, otherwise the millennial will get beached – can’t be wasting company assets and valuable time on trite affairs.

Interruption: It’s the smartphone text – the nanny picked up the kids. Tell nanny to say “hi” to the kids. Dutifully, nanny says “hi” to the kids. Insouciantly, she receives the kids’ “hi” back from nanny, with a private smirk to herself. Turn off the lights to the office, after powering off the notebook. Press the buttons to the elevator – more nondescript buttons, to take you down to the escalator, leading to the garage. Then sashay along the cloister, where the chauffeur backs up to you, so you can pull the door handle to get in. Settle into the leather seats, check a trade confirmation from your broker. Collect the crystal, stemless, dainty, robust glass of Chardonnay.

More skill: retrieving the carminative from the Louis Vuitton handbag. Finally, with a brief reprieve to free those hands from the control of the phone, you reward yourself with a swig of the Chardonnay, after you pop the pills with a stroke of the hand into that aperture devoted to the sultry, the mundane and prandial activities. Pass over the peculiar snifter to the Chauffeur, who obediently sets it in the customized holder in the center.

More work: You muse over the events of the day, and how those fingers hurt from working all day. You need a massage. Multitask with both hands, press the buttons to the smartphone, reaching out to the paramour – you’re on your way…and in a show of quintessential skill, twist the wrist with a swift lift, to glance at the Cartier. Oh, what a hectic day.