Home > Literature > May you have the luck of Augustus, the first Emperor of Rome 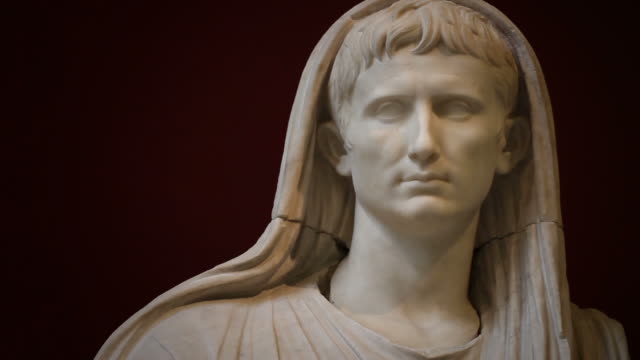 The reign of Augustus manifested a revolution politically and culturally. While socioeconomically, Emperor Augustus appeared to have reinforced the status quo there was a marked overall economic growth. Augustus used both legal and personal mechanisms (his charisma and influence) to consolidate and concentrate power in himself as emperor—although he never officially used the title. He had learned the lesson from the assassination of Julius Caesar, that the Romans would be wearier of the appearance and display of wielding too much power, as opposed to quietly exercising real power.

Thus, power was effectively transferred from both the senate and the people of Rome to the person of Augustus, who held absolute power as the legislative, judicial, and executive authority. Augustus was now the sole princeps (first citizen or leading figure), princeps senatus, father of his country as well as a tribune, making him protector of the people. All of Rome owed allegiance to Augustus. Treason against Augustus was treason against Rome.

Civilians and the army swore an oath of allegiance to Augustus as evidenced in a plaque with an inscribed oath discovered at Conobaria, Baetica.

The army was professionalized with set term limits. There was a special military treasury and marriage restrictions on soldiers. Augustus provided a period of peace and relief to Romans, who had lived through a century of wars, and had been drafted into the military and initially self-financed their equipment for warfare. These actions that he instituted are chronicled in Res Gestae.

There was an extensive erection of monuments and great public works, with dedication of statues and temples for public rituals, such as the Temple of Jupiter Tonans on the Capitol, beautifying Rome. When Augustus became Pontifex Maximus, he made part of his residence public property, while the Domus Publica was assigned to the Vestal Virgins and a shrine of Vesta was established on the Palatine. Julius Caesar who had posthumously become Augustus’ father, had been deified making Augustus the son of a god.

Augustus became the intermediary between the gods and the people and was a member of every major priestly college. All these various monuments symbolized his relationship with the people, as their political and spiritual leader and protector.

Augustus also instituted a police force for the first time and provided public grains to the people. His actions as seen in Res Gestae established him as the benefactor of the people.

With more paternalistic reinforcements, Augustus transformed the lives of Romans via the institution of marriage, enacting laws to protect the family and instituting penalties for men and women who chose not to marry or have children within a certain age range. As Augustus modeled the moralizing mission he appears to have established for the people of Rome, adultery by a married woman was now required to be prosecuted and penalized. Marital life which had been a private affair had entered the orbit of the state—and Augustus was the state.

To reinforce who was in charge, the emperor’s head was on coins, inscribed on friezes and a plethora of statues celebrated him and reminded the people of what he had achieved for the Romans and his munificence towards the people. He was the chief patron of the arts, and Latin literature flourished and produced greats like Virgil, who authored Aeneid using the epic poem to provide a sort of historical fiction, analogizing his protagonist’s ascendancy with the rise of Rome, centering on Augustus and his imperial family providing a backdrop.

Augustus’ interventions facilitated the social engineering for the revolutions in the polity and the acceptance that Augustus in effect was the undisputed emperor of Rome and unwavering loyalty was to him only—and the imperial family, as dynastic succession was established. He would carefully forge personal relationships with the people as their patron in all things leveraging on his charisma, and role as the protector of the Roman people. Augustus’ ascendancy is truly remarkable and almost unparalleled in history, considering his humble origins—in fact there was part of a saying in the senate alluding to the element of propitiousness in the life of Augustus, “May you have the luck of Augustus…” (“Felicior Augusto…”)

It was Augustus’ great-uncle, Julius Caesar, whose assumption of life dictatorial powers and sweeping consolidation of power that marked the end of the Roman republic and set the stage for the ascendancy of Octavian. Octavian was not even a patrician and everyone had expected another distant relative but more powerful close ally of Caesar’s, Mark Antony, to be named the heir of the dictator of Rome in his will. However, Caesar surprised everyone when his will was read upon his assassination, and the 19-year-old Octavian—who was granted the honorific name of Augustus by the senate, following his defeat of Mark Antony and Cleopatra—had been named his heir.

Remarkably, Octavian’s indomitable will, grit and ambition would serve the future first Emperor of Rome well. His tenacity and exceptional personal qualities exemplify the saying, “Luck favors those who work hardest.”