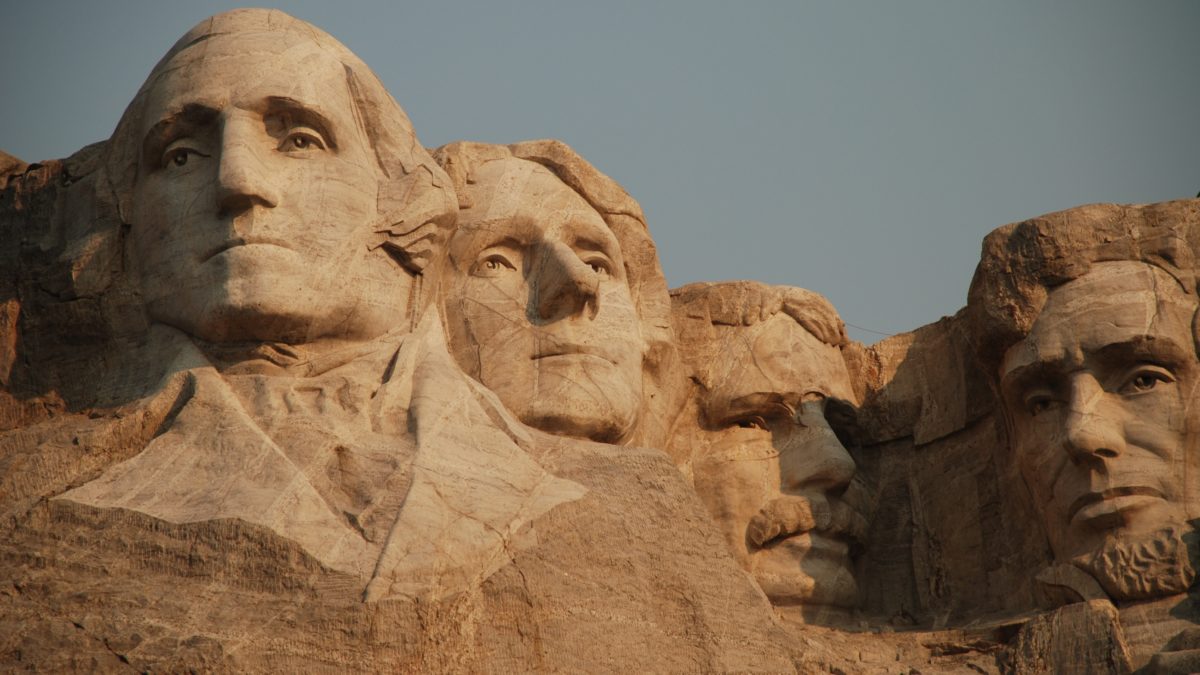 American presidents: These immortals were men

In just over a year, Nigerians will exercise their vote to determine their leader. China’s erstwhile leader Mao Tse-Tung once said, “To occupy a high office, one must first be master of the low office.” However, the path to the top job in Nigeria has been predominantly through violence. Historically, service and meritocracy were alien to assuming the office of the Nigerian presidency. But, the youth of Nigeria now clamour for change. It is pertinent to study the path to the United States presidency as a model, and view the son of Africa, who changed the path to the most powerful office in the world. We can learn a thing or two from President Barack Obama. (The author had originally published this article on April 6, 2018.)

I lived in Cambridge, Massachusetts, where number 44 once lived as a student at Harvard Law School (HLS), on the night he became the first black president of the United States. The celebrations in that cold winter went on into the early hours of the morning. College students braved the chilly night of New England, as they uncovered their chests, to wave their shirts wildly in the air in celebration of the political tour de force, which they had helped achieve. I vaguely recall kids jumping around in a puddle in the streets and thinking, “they must be freezing!”

I remember when I worked as a banker there in Massachusetts, and white mothers would walk in discussing in my office, how their kids had dropped out of Harvard and other elite schools, to volunteer for Obama’s campaign for president. That is when I started to believe too, that a black man or rather that Barack Obama could really become president. Perhaps I should feel guilty that until it was evident that he had a massive support among whites, did I believe that Obama was a viable candidate for president of the United States, since I knew long before then that he was among the most meritorious of candidates. They had formed the critical mass he needed. After all, it is a white majority country.

In 2004, a young Nigerian immigrant friend told me that a then 43-year-old black man named Barack Hussein Obama was going to become the first black president of the United States. Because I didn’t watch television at the time, I hadn’t heard his captivating speech at the Democratic National Convention like many Americans had. I remember looking askance as my friend voiced his over exuberant optimism at the viability of a black US president. Here was an immigrant making a bold-faced statement that the son of a Kenyan man, who was merely a state senator at the time, with African names and a Muslim middle name to boot, at a time of endemic Islamophobia, would become the first black US president. I thought: Johnnie just come, wey no sabi America. I dismissed the arrivista as being clueless of American racism.

Then someone bought me his autobiographical book, Dreams from My Father, which he wrote after graduating from HLS, where he was the first black President of the world’s most prestigious law journal, Harvard Law Review. And my admiration grew the more, as I saw the evolution of the man, and the identity crisis he grappled with (was he black, was he African?).

Historians essentially write biographies, and may tend to colour reality, and “re-image” our heroes and demonise our perception of our “enemies.” In reading the biographies of US presidents, I enjoyed learning of the development of the “men” who occupy America’s most revered office. Their biographers invariably glorified them rather than show their weaknesses or even their humanity. They tended to project immortals born to be president unlike other regular men. Even Richard Nixon was guilty of this in his autobiography, RN: The Memoirs of Richard Nixon.

Recently, I learnt that President Woodrow Wilson was an unapologetic racist, who had enacted egregiously racist laws and policies. Prior to becoming president, Wilson had once argued in favour of preventing blacks from being taught how to read. This was distressing news, since I once considered him, a man to aspire to be like because of his erudition and vision. He had struck me then as a man ahead of his times—almost like the Renaissance Man, Leonardo da Vinci. Well, clearly not as the creative genius that Leonardo da Vinci was, but in terms of his visionary genius in international politics and his crafting of an international community of collaborating nations, to secure world peace.

The League of Nations, which was the precursor of the United Nations, was Wilson’s brainchild. He saw the future, my professors in Nigeria thought. And so, did the books they had us read. He was portrayed as being intellectually gifted, and apart from the former Arkansas Governor, who had taught law briefly at the University of Arkansas—Bill Clinton—Woodrow Wilson, was the only president that had been a university professor – until President Barack Obama, who had lectured at University of Chicago Law School.

Nothing in Woodrow Wilson’s embellished biography suggested that he had shown animus towards blacks. So, many years ago in Alabama, when someone had asked me who my favourite US presidents were, I had unhesitatingly started with Lincoln…a few others, and Woodrow Wilson was on that list. His biographer had not revealed his weaknesses: other than he had health and physical maladies as a young man, which confined him to bed often and meant he read a lot. Wilson’s biographer romanticises his “frailty” and counterposes it as part of the grand design that led to his prodigious intellect.

Although he possessed many degrees—being clearly the most educated US president—having a law degree and a PhD in History, Political Science and German Language, he was not a stellar student, as he apparently suffered from dyslexia, which had an impact on his learning. Wilson did not start reading until he was ten years old and had to be very disciplined to make it through school. But his childhood and reading challenges did not stop him from becoming president of an Ivy League school, Princeton University, Governor of New Jersey, and eventually the 28th President of the United States of America.

I guess it was this hardworking character and the indomitable persona of one, who worked hard to overcome adversity and achieve erudition that I had admired about Wilson’s biography. It is a common theme we can relate with in my extended family, which churns out professors like they are going out of style. After my oldest brother had become a university professor, and a brother before me wanted to do the same – and study for his PhD – my mother expostulated in utter dismay in Yoruba: “Abi won fi se yin ni?” (“Are you all cursed?”) She claimed our extended family had far too many professors, and “people” would start to “talk” and believe that the family/clan must be “cursed”, by being all destined to become university professors.

A Yoruba idiom instantiates the contempt with which professors came to be viewed in Nigeria: “Olowo n soro, talika ni oun ni aidiya,” expressing a popular view in the ‘80s that “Poor professors should not articulate their ideas, when rich politicians speak.” No wonder this era of kleptocrats haemorrhaged with brain drain, as professors emigrated to America, seeking their golden fleece through honest work. A factor that contributed to Nigerian-Americans, being the most educated ethnicity in America.

Thus, coming from a family with an overabundance of professors, it was “natural” to admire the only president of a country I unreservedly admired, who had been a university professor, until Bill Clinton. It is unfortunate that he (Wilson) had been a racist. The two one-time academics that were Nigerian presidents did not pass muster. (They were Umaru Musa Yar’Adua and Goodluck Jonathan, a PhD holder and Nigeria’s most educated leader.)

Barack Obama’s autobiography, first written when he was about 30 years old, was skilfully done, as he draws you into his frailties, weaknesses, mistakes, fears and his humanity and capacity for empathy. He does not lionise himself like Nixon does. He does not show you how brilliant he really was like Nixon never fails to do (Nixon, prior to Obama, was routinely considered as having about the highest IQ among US presidents – he had graduated third in his law school class).

Obama’s humility and compassion showed in his autobiography, despite revealing his many weaknesses. It is this balance that many past biographers of former US presidents have sometimes failed to show, as they portray national heroes through a retrospective lens often too enamoured with the office they held. Obama being a grassroots man, the only thing he may have touted was his service to the poor, as a community organiser.

Lincoln’s biography is similarly peppered with his frailties, constant war with adversity and his fight with depression. But America’s love of the grass to grace story, and its identity with the suffering average Joe, still tends to lionise America’s heroes. It is kind of a paradox, that America seeks its heroes among the most humanised and most vulnerable…sometimes. Not unlike the heroes from the common folks, that it votes for on American Idol.