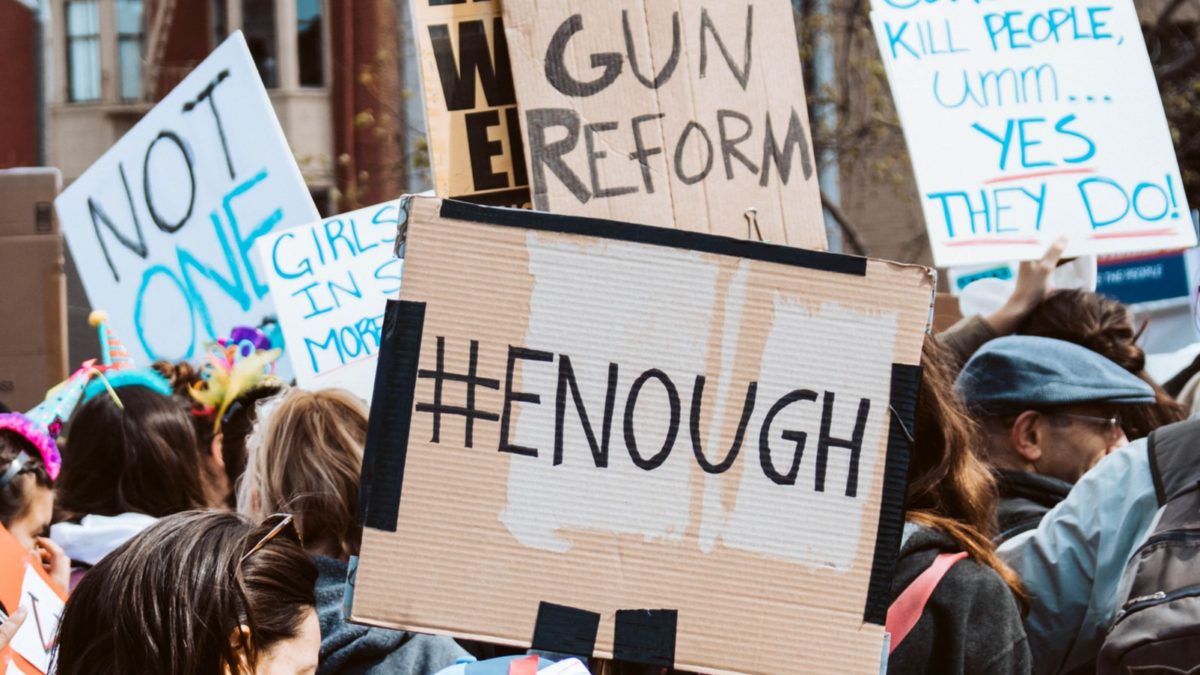 I am a High School English Educator.

Quite recently on the news a frequent debate has overtaken our ears.

Whispers and promises that intend to arm educators just like me in hopes that this will be the solution to the never-ending problem plaguing America, gun violence.

With this in mind, I would like to begin again.

I am a Muslim, hijab-wearing female, second generation immigrant educator,

Deep-rooted from North Africa but birthed in the Land of the Free,

And while those in charge sit and ponder their next preposterous idea,

I would like to inform them that you have already armed me.

You have given me my ‘gun’ the day that I was born here and I had an influx of stimulus in language,

You have extended my lexicon daily as you provided me with morphemes and you taught me how to represent those linguistic skills with symbols,

How to read those symbols,

How to manifest thoughts and ideas and emotions within the chicken scratches on my page in literature class,

You asked me to work for that and so I did,

I studied, I scripted, and I interpreted some of the best writers, revolutionaries, and visionaries of our time,

…and yet you still did not give me my AR-15 until I finished my senior project.

You see, it has also come to my knowledge that the bullet of an AR-15, is very different than that of a handgun,

As its speed makes it almost impossible to survive once hit,

It affects tissues inches around the actual wound leaving the exit wound almost the size of an orange,

Meaning you don’t necessarily have to be very good in order to kill.

So this is my final project.

You gave me my gun and I loved her so much that I named her “language.”

She rolls off of my tongue almost as smoothly as my very own spit,

Sometimes she speaks to me and she says, “with me you are so powerful, you are unstoppable, you can save so many lives, and do so much good,”

And sometimes she speaks to me and she says, “There is no power or might except in God.”

And from what I hear, I don’t necessarily have to be very good in order to inflict and affect an entire body with my language and a great deal of people with my speed,

You could call it amateur hour, if you will.

You gave me my gun but my hand was not ready to take aim.

So, you gave me words that were not mine,

You manifested in me this “acceptable hate,”

You told me that I was “too sensitive” as you took my hand and placed it around hold,

You told me that Muslims and immigrants were the biggest issues facing the US rather than gun control.

You curbed my guilt as you took my gun and cocked it into place,

You told me that now was not the time for language to use itself to entertain this “childish”…No, “oppressive” dialogue involving itself with gun control,

And before I finally took my shot I told you, “you may be married to your rights, oh but sweetie, your gun has been sleeping with death for as long as the constitution has let it”

So to the powers that be, you don’t know me and you probably never will, yet you want To arm me and I just wanted to write to tell you that you have already given me my weapon.

But I don’t want your AR.

Because though I am an educator,

And I do indeed sleep early,

I would rather not dishevel the duvet with death.

So I hope this reaches you well and that language infect your entire body,

Just like the AR that the government intends to hand out so freely,

Instead of making stricter gun laws, why would we entrust society to have even more guns out and available?