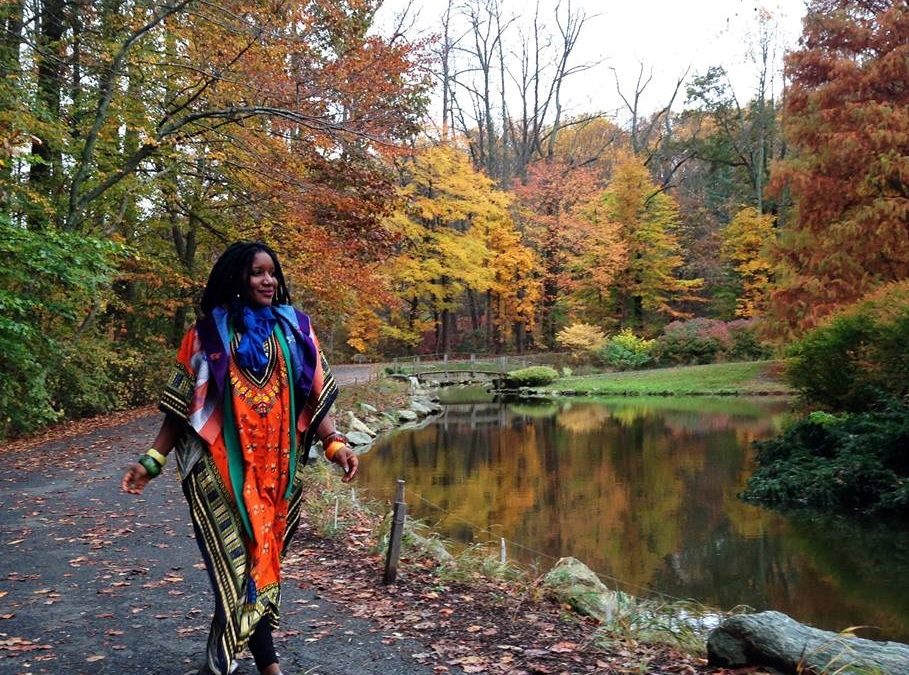 During one of my numerous visits to the USA in 2009, one beautiful early evening, a dear friend of mine called and invited me to attend a charity event in New York City. She asked if I had a painting I could donate for the cause. I didn’t. But I paused and thought about it and remembered that I had always wanted to do a painting of the Maasai after visiting the Maasai Mara in Kenya some years back. I decided I would work on a piece that night and take it to the event the following day.

I started painting around 11PM. After deciding on the appropriate canvas board size to use, I looked through the photographs I had taken of the Maasai when I visited Kenya, worked on the composition and selected three men as shown in the finished image. I painted vigorously, applying Acrylic paints amply. I loved working on the piece as I applied large brush strokes of paint. I stopped at the point where I believed there was enough detail and at the moment when I believed I had captured the essence of the Maasai. The painting was completed around 4AM.

I slept for a few hours, woke up and started my late morning journey to deliver the painting. I presented the ‘just freshly dried’ painting on Thursday June 4, 2009, at the Japonais Restaurant & Lounge in New York where Marie Claire Magazine, and Priority Films teamed up to host a red carpet cocktail reception benefiting The ‘RedLight’ Children Campaign.

I was very pleased that many loved the painting and it was auctioned on the night!  Proceeds from the event went to benefit The RedLight Children Campaign which works to stop all forms of child sexual exploitation, human trafficking and slavery. Condoleezza Rice, former US Secretary of State, has recognized the RedLight Children for their valuable and extensive work in fighting against global human rights violations and awarded the RedLight Children and its founder, Guy Jacobson, the prestigious Global Hero Anti-Trafficking Award.

Before delivering the painting (which was in my possession for less than 24 hours), I had dedicated some time before my travel to properly capture it. Through this process of capturing I was able to show the painting to people who often reacted positively and made offers to purchase my work. This new demand inspired me and became the catalyst to making prints to reach a broader audience of art lovers. Thus, #ShiriAchuArt print-making was born!

Some other people who own a print of ‘Maasai tone’ are: Grammy award-winning singer and songwriter Faith Evans (obtained in September 2011 in Washington DC). Notable Cameroon Makossa legend Papa Salle John, and his wife purchased their signed print during the Cameroon festival community gala held in 2014 at The Royal Garden hotel in London.

Maasai tone is also owned by Ms Samia Nkrumah, daughter of Dr Kwame Nkrumah, the first president of Ghana. Ms Nkrumah acquired hers during the Launch of the Centre for Reparation Research on October 10, 2017, in Kingston, Jamaica.

‘Maasai tone’ has been spotted in a home in Bogota on US TV channel HGTV.