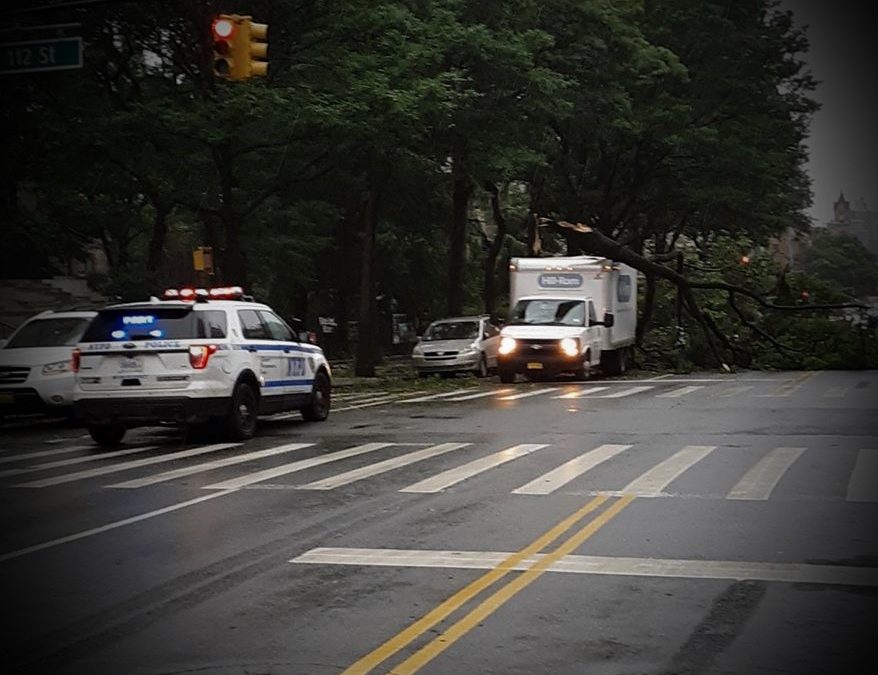 In an article he penned in Gates Notes yesterday, on August 4, 2020, Bill Gates motivated us to imagine a world consumed by pandemic and the ravages of climate change at the same time. On the same day in New York, my neck of the woods had the unfortunate quagmire of being a live lab of the dreadful double menace as a typhoon swept through the streets of the state where over 32,000 people have died from the coronavirus.

Around noon, I’d heard a large crashing sound in the kitchen, where I’d left the window slightly opened. A strong wind had been driven in and flung bottles, cups, and utensils near the ledge to the floor. I peered through the window. Everything was shaking and I could literally see the wind lifting garbage in the air, as a typhoon drove through the streets.

From the news, I learned that Tropical Storm Isaias had pounded a large swath of the Atlantic Coast, driving heavy rains and winds as fast as 70 miles per hour as it swept through the Carolinas and into the Northeast. While several people died in other states as a result of the rampaging hurricane, one person was killed in Queens after a tree fell onto a vehicle.

Around 3 p.m. in my neck of the woods in New York, the storm calmed down. Having been in all day for a few days, without stepping out of the building, I decided to take a walk and get some fresh air and pick up groceries at the same time. As I walked through the streets, I could see the environmental damage wrought by the onslaught of hurricane Isaias in my neighborhood. Just ahead of me, an NYPD vehicle served as a cordon shielding pedestrians and motorists from a large tree that had been deracinated and had fallen across the street. There was more damage up ahead: another branch had fallen through the windshield of a parked car, shattering its glass. There was even furniture, clothes and more twigs strewn all over the ground.

But what captivated me was the sight of New Yorkers moving around purposefully at the normal stride of New York – the city that once never slept. Of course, the clean up crew was there sweeping away the rubble left behind by the typhoon. However, the shops were open, and customers were milling in as other pedestrians moved with intentionality, going about their business.

I had been concerned about the impact of a whirlwind driving aerosolized Covid-19 laden droplets and infecting people. Chilean researchers authored an article published in medRxiv:

“Our results indicate that the effect of microclimate is very relevant over the propagation of droplets, where dispersion is enhanced by the turbulent wind,” explains study authors.

The study posited that “the particles exhaled after a sneeze can be transported by the turbulent wind more than three times further than recommended safety distances suggested during the actual COVID-19 pandemic.”

Thus, while the storm had abated, it was probably not a good time to be outside. However, we have been advised that wearing a mask reduces the spread of the coronavirus by about 85 percent. Everyone I noticed outside, still hustling and going about their business, had a mask on. And so did I.

Somehow, as I walked through the midst of the ravaged city, around Morningside Heights I found the emotion to feel a sense of pride that I lived in New York to witness the mettle of New Yorkers. The hustle was on in New York, come hurricane, pandemic, rain, or shine. Governor Andrew Cuomo in his regular coronavirus update press briefings likes to reiterate the character of New Yorkers—New York toughness and smarts. I could see all that the governor meant as I walked through the city of New York on August 4, just a moment after the storm had ravaged the city still in the grip of a pandemic. The people were still working with their mask on.

The coronavirus hit too close to home