Home > Entertainment > How to become a billionaire, by Kanye and Jay-Z 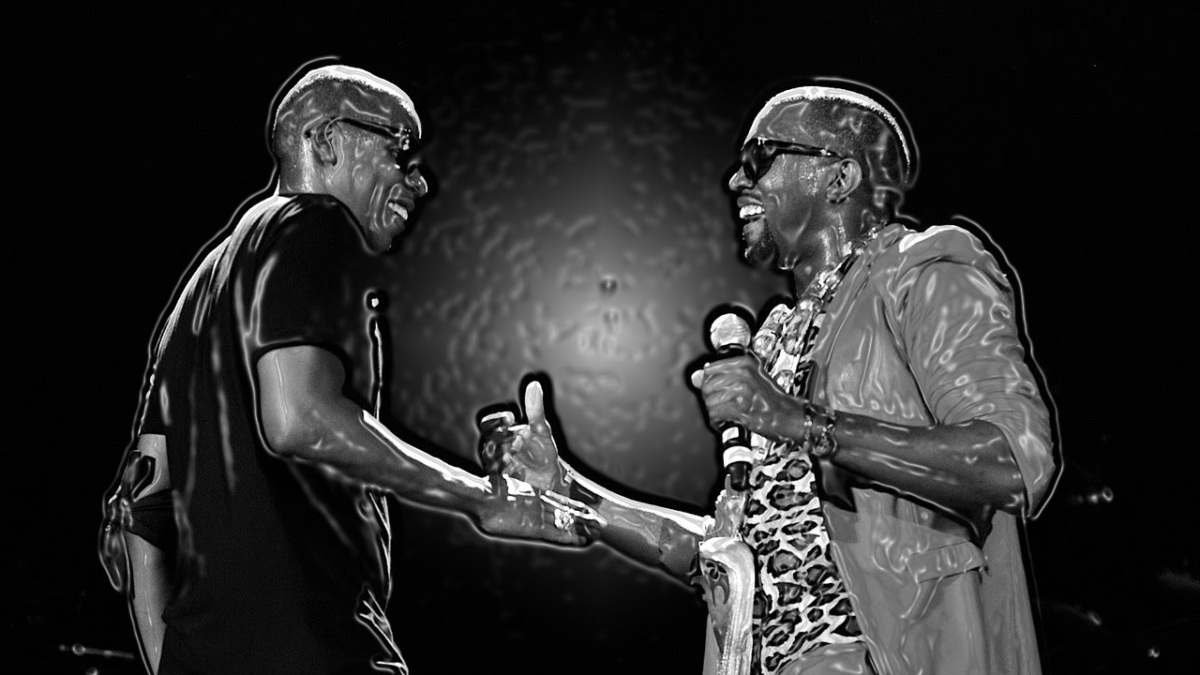 In April, I was reading the news when I saw a headline: Kanye West is Officially a Billionaire.

My immediate reaction was disinterest and borderline disdain.

For the past two decades, Kanye West has dominated the media, causing alarm with even his most trivial action.

However, after a bit of thought, I realized something that made me think more deeply about and even appreciate the piece of news.

In America, there aren’t very many African Americans who are extremely wealthy.

Up until 2001, there wasn’t a single black billionaire. Then, BET founder Bob Johnson made the list, followed by Oprah six years later, and then came a smattering of other billionaires from African countries.

At any time, there have never been more than a handful of black billionaires. Currently, only 12 of the world’s 2,100 billionaires are black.

The fact that Kanye West has been able to amass such a fortune is not only an anomaly, but a miracle. Regardless of your opinion on Mr. West, he has achieved something impressive, and had to surmount many hurdles and systematic barriers in order to do so.

However, what I found more astounding is that one of the only other few black billionaires is Jay -Z, a rapper who is a contemporary, mentor and frequent collaborator of West.

Hip hop lore tells us that these two men are brothers.

That these two artistes worked so closely together in the beginning of their careers and have now reached similar success is fascinating.

They are from totally different worlds, but have come together frequently, and not without controversy. Jay-Z and Kanye West have had a tumultuous relationship. In 2016 during his Life of Pablo Tour, Kanye verbally lashed out against Jay-Z. In 2014, Jay-Z and his wife, Beyoncé, apparently boycotted Kanye West and Kim Kardashian’s wedding.

Jay-Z grew up in project housing in Brooklyn, while Kanye West grew up in the south side of Chicago.

Kanye was a fashion student, who made beats, while Jay-Z was a small-time drug dealer who saw rapping as a profitable side hustle.

Though Jay-Z and Kanye West appear to be polar opposites, we can’t discuss one without speaking about the other.

But what I find more fascinating is that their totally opposite personalities have seemingly led them to the peak of the same mountain.

Although in practice they have taken different routes to achieve success, each individual’s approach to success is similar.

Their approach comes down to three main ideas: What you own, who you know and what you say.

What do you own?

Kanye and Jay-Z have set the tone for black entrepreneurs by demonstrating that if you want to build wealth, you need to own your ideas.

In music, record labels and management companies often prevent artists from entering ventures such as these. They own the rights to touring revenue, streaming revenue, and even apparel revenue, thus eliminating many entrepreneurial opportunities. However, these opportunities were non-negotiable for Kanye and Jay-Z.

When Jay-Z had a disagreement with Apple Music and Spotify over his music royalties, he pulled his whole catalog, and placed it on his own platform, Tidal, which had mixed results. He was able to do this because he owned all of his masters through his own record label, Rocafella Records.

Later, Spotify paid him an enormous sum to place his catalog back on the service on his 50th birthday.

Before Kanye West had his massively profitable deal with Adidas, he had a deal with Nike.

In the late 2000s, Kanye’s fashion line was run by Nike, but several professional and artistic disagreements led to the disbandment of the deal. Kanye argued that Nike didn’t give him adequate creative freedom, let alone the royalties from his own shoes. West then turned around and signed the Adidas deal, because he was offered full creative control, and more lucrative financial terms.

However, the principle was the same — never let someone else own your ideas.

As Kanye West once eloquently rapped, “No more working for the culture, we nobody’s slaves”.

Who do you know?

Between Kanye West and Jay-Z, it’s fair to say that the rest of the music and entertainment world is one phone call away.

Are you an artist who desperately needs a feature from say, Kid Cudi or Big Sean? A little bit of urging from Kanye West could do the trick.

Are you an athlete who needs a workout with an NFL team to boost your stock? Jay-Z is the man to call.

If you can get into a room with either of them, your network and realm of possibility exponentially expand.

This is something we’ve seen benefit the two artists through their careers.

Though the two men are very different, they operate similarly within social circles.

They realize that it’s all about who you know.

This is evident in their personal relationships. Both men married highly successful and influential women. Kanye is married to media personality, Kim Kardashian, while Jay-Z is married to multi-Grammy winning singer-songwriter, Beyoncé.

Although these relationships may be romantic, they also provide a tangible benefit — they offer publicity.

Free publicity in their case, also translates into more influence and more access to capital.

As an outsider, it’s not for me to speculate on why either of these men married who they did, but it is clear what benefits these relationships have yielded.

For Jay-Z, his marriage to Beyoncé symbolizes not only his love for her, but also his dedication to the black family structure, and the importance he sees (like many black people want to see) in a strong black female figure partnering with a strong black man.

In an interview on CNN with Van Jones (who happens to be signed to his label), Jay-Z opened up about fighting for his marriage with Beyoncé. “She’s the strongest woman I know”, he confided.

For Kanye West, though he loves and values Kim, he appears to value the publicity that comes with marrying one of the most controversial public figures.

His influence within the world of fashion was augmented by his marriage to one of the world’s most famous fashion icons.

As he rapped on “Clique”, “My wife’s a superstar all from a home movie”.

It’s not only about who you know, but who you lead.

Kanye and Jay-Z have both taken it upon themselves to adopt mentees in the rap game. For Jay-Z, it was Roc Nation signees like Rihanna, Big Sean and J. Cole who cemented his reputation as not only a hit maker, but a maker of hit makers. For Kanye West, this roster included Kid Cudi, Pusha T, and Travis Scott.

The most important person either artist has come to know, however, has been “himself”.

Knowledge of self is the most important tool you can have on any journey, especially if that journey includes dealing with a public that constantly appraises and analyzes you.

Both artists have become masters of introspection.

For Kanye, introspection came on his album Ye’, during which he grapples with his bipolar disorder.

Jay-Z’s 4:44 is a self-portrait, where he opens up about infidelity, and his short comings as a father, artist and man.

What do you say?

Kanye and Jay-Z are near perfect foils of each other. If Jay-Z is the calm and calculated left brain, Kanye is the chaotic and improvising right brain. Jay-Z would never openly accuse a president of racism. In 2005, Kanye West claimed on live television that George bush didn’t care about black people.

They have both been politically active during their lives, and have campaigned for different candidates and causes.

Jay-Z is consistent, Kanye is spotty. West went from lamenting the toil of the black community, to supporting a bigoted candidate.

Much has been written about Kanye’s controversial endorsement of Donald Trump, and his comical donning of the MAGA hat.

Jay-Z has been politically active, supporting an NFL deal which is meant to advocate for the black community, as well as endorsing candidates such as Obama and Hillary Clinton.

Though the two serve different causes, they demonstrate the same point: your money will speak louder than you can, even if people think it’s saying the wrong thing.

If I had to pick the most important of any of these “rules” it would be this one: the money doesn’t matter.

Though these men are two of the most financially successful hip hop artists, the money has never been the most important achievement for them.

Money might be a means to achieve goals, as well as a potential reward attained once certain goals are achieved. However, it is never the end all. For these two icons, it does not seem to be anywhere near the top of the list.

Kanye West once rapped: “Do you think I would sacrifice my real life for all this fame and flashing lights? […] There is no clothes that I could buy, That could turn back the time”.

Indeed, it is hard to place a price tag on the passion and relentless drive of these two icons of our time.