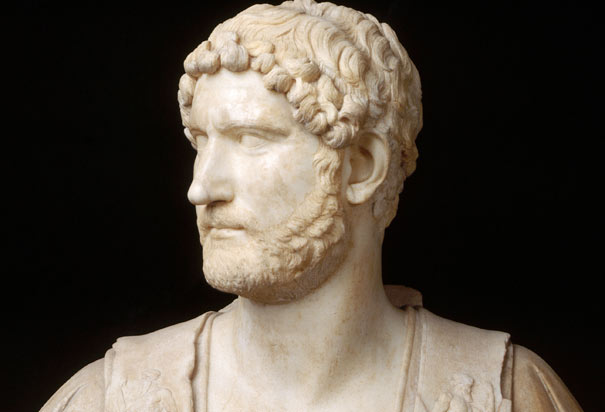 Rome during the regal period, the republic, and what became the Roman Empire had always been a highly stratified polity, and Romans themselves were very image conscious. Identity is key to notions of social status. A salient factor that affects the social status of Roman citizens is the fact that from Rome’s inception, the concept of mixing and Roman identity being an alloy as opposed to being autochthonously construed may have helped the progression in the later demographic diffusion of the senators and even later Roman emperors—Vespasian was not Roman, and Trajan and his relative, Hadrian were from modern day Spain, Septimius Severus was born in modern day Libya in the Roman province of Africa.

From the 2nd century AD, the composition of the senate was diverse and from across the vast territories of the Roman empire, and by the 3rd century, Italians constituted a minority in the senate. Apart from the ethnic or “national” diversity (being Roman had meant being born in Rome, in addition to being an inhabitant of Rome) in the make-up of Roman citizens and the senatorial class, there were various changes in the “elite” and cadre of those who had access to the number one citizen, the Roman emperor. Some emperors even elevated Freedmen to become part of the imperial court. While from the time of Vespasian we find that the emperor no longer had to come from the aristocracy, apart from not having to come from Rome.

Furthermore, over time with universal citizenship in the empire, being Roman seemed to be a race, despite the diversity in the ethnicity and demographics of the people who were Roman citizens. While indeed by the time of the republic, Rome had been sufficiently stratified to the extent its senate and high offices rotated among a few patrician families, allusions to a Roman-born senate or Roman blood to delimit Roman elite and leaders goes against the grain of the origins of Rome’s elite from the regal period. Early in its history Rome had drawn its kings from foreigners.

Virgil relates in The Aeneid, which became a national epic, that Aeneas had been a Trojan whose descendants became Romans. Divisive comments that emerged implicating persons “in command of hostile tribes” who had smitten Roman armies “by steel and the strong hand” do not recall that further in that Roman history and construction of Roman identity is the trope of Romans being birthed from conflict and hostilities, as recounted by Livy through the Rape of the Sabine Women. As a city state, Rome engaged in fierce battles with the people of Latium and the peninsula and Etruscan elite were among the first people to be integrated as Roman citizens.

Indeed, while the highly stratified Roman society had limited its senatorial class to a few patrician Roman families towards the era of Sulla’s dictatorship, the First Triumvirate and the civil wars, there was a gradual shift with the rise of the novus homo or new man. Wealthy men among the plebeian class started to occupy elite offices and secure magistracies that had once been restricted to patricians. The important office of tribune of the plebs could not be taken by one of patrician birth. However, Augustus and all later emperors would adopt the tribunician powers of this office, making the emperor not only sacrosanct, but also the protector of the people.

Since the dictatorship of Sulla, and from the time of Augustus’ reign as emperor, various Roman rulers have reconfigured and reconstituted the senatorial class from different parts of the empire, based on their politics, ideology, and power base. The number of senators at some point came to vacillate above or below 600, and their numbers often reflected the politics of the ruler: if he was sympathetic towards the senate, he increased their numbers and the offices and magistracies they could occupy, including imperium and armies they could command. However, the constitution of an increased senatorial body also could reflect a new social order or the fortune of a new social class or ethnic group that could be manipulated by the emperor.

This was possible since the emperor who wielded absolute power since the time of Augustus, was the sole executive, judicial and legislative authority in the empire, and all power emanated from him. While Augustus expanded the senatorial class to include people from all over the Italian peninsula, we should note that he favored and therefore, maintained the status quo. The Augustan era evidenced marked economic growth, however, the structure and basis of the Roman economy and social classes did not undergo a revolution like the political and cultural lives of Rome did. Rome remained an agrarian economy, and agriculture was still the basis of the wealth of the patrician class, while over time (by the era of the social wars) Rome became a major slaveholding polity. The elite still looked down on trading.

Additionally, after Augustus professionalized the army, the military gradually became a source of influence, and by the time of Emperor Septimius Severus, it had become prestigious and the main source of power. The praetorian guard had chosen a few emperors after overthrowing those ones they disdained, through conspiracy, palace coups or simply throwing their support behind their chosen favorite. By Vespasian’s era, the troops of the legions proved decisive in crowning emperors. But with the new power dynamics, the senate in Rome always remained a bastion of traditional legitimacy which new emperors, pretenders and usurpers all sought for stability.

Domitian was declared emperor by the praetorian guards but was assassinated by imperial court officials made up of freedmen.  This shows the shifting dynamics of social status in the empire. Once, it was a privilege for Roman citizens to have access to the princeps. Now freedmen and their children, since the time of Nero, came to wield substantial influence in the empire, as advisors in the imperial court—even to the extent of being capable of overthrowing the emperor. Power had been stripped from the Roman people, who had become increasingly important by the time of the Gracchi brothers who had advocated for a liberalization of land laws and ownership and expansion of Roman citizenship. This was violently resisted by the patricians, even to the death of the brothers during the republic.

Through the beneficial ideology under emperors Trajan, Marcus Aurelius, and Severus, specialists and meritocracy and service in developing the provinces were emphasized. New fields of expertise opened, as the emperor and other wealthy people became patrons of the intelligentsia and literati. Earlier in Roman history, the literati had come from wealthy backgrounds, but as Latin literature and culture flourished, wealthy Italians and the emperor himself became patrons and a source of financial support. Roman jurisprudence would flourish, and the Roman civil code was in rigorous development, creating a new source of prestige, influence and expertise, while the emperor remained the main source and interpreter of Roman law.

The patricians in the early republic had solidified their social status, influence, wealth, and power through marriage to women from patrician or powerful families. Ambitious men were quick to marry up: for instance, Julius Caesar was married to the granddaughter of the dictator Sulla and had also been married on two other occasions to daughters of consuls. This pattern of consolidating social status and political power through marriage, continued into the time of Severus. In addition, adoption of adults to become heirs continued as a mechanism of dynastic succession. Later emperors with unremarkable ancestry, would also adopt the names and families of former emperors and noble families to give them the traditional legitimacy they sought. However, Augustus himself established this pattern, by posthumously adopting Julius Caesar (his great-uncle) as his father and taking on his name.

Imperial administration would change under the Flavians, who favored the Equestrian class instead of the freedmen. Over time, the equetes would be used more for their financial, managerial and specialist skills in the administration of the provinces, and would become as influential as the senatorial class, becoming provincial governors and wielding imperium. Furthermore, the Flavians would grant municipalization which enabled the provinces to be run with a local version of the senate in Rome, engendering a new class of elite administrative services among preexisting communities in the Roman empire.

In 212 AD, universal Roman citizenship was granted to all free people in the Roman empire. According to the historian Aristides, Roman did not belong to a city but to a sort of common race, who shared a common harmonious government, and was embraced by all men. Dio suggests that Caracalla probably granted universal citizenship to generate more revenue through the inheritance tax, which Roman citizens were liable for, to pay the military. This shows the tremendous influence and prestige which the military enjoyed in the Roman empire at this time, as kingmakers and an elite order from which even the emperor emerged.

Binary likely: The 'unchanging' normative for Caster Semenya and others