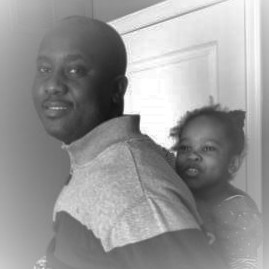 It was my first time in Canada. I had not been able to make it for the burial on October 26, after Muyiwa had informed me. Muyiwa kept saying it was almost as if, Pius, her late husband who was my first cousin, had arranged it all from the world beyond.

“Perfect,” she had said, when I asked her if the upcoming weekend was a good time to finally visit. I owed them a trip for the many times, I had put off going to Canada, sometimes because of work or an upcoming exam and always combined with my dread of the famed freezing weather of Canada.

It was as if everything was truly orchestrated from beyond: how else could my Canadian Iranian, medical student friend, Mohammad, doing his residency in America, have asked me if I’d like to come to Canada for a visit along with him over the weekend, as he hung out with his wife?

“Perfect! This weekend is Tise’s birthday. She will be so excited to see you,” shot back Muyiwa in instant reply.

Thus, I was finally on my way to Canada. I had checked the weather forecast, which indicated there would be rain. I imagined it had started snowing in Canada already—it had—and we’d endure a slippery ride with sleeting on the road. And given my friend wasn’t going to leave the hospital until after 12 noon, I worried about the combination of sleeting and a weary driver trying to maneuver on the road all the way to Canada in the 8-hour long drive.

“Your first visit to Canada? Perfect timing—couldn’t have come with better weather,” smiled the amiable Canadian border patrol officer as he returned my blue American passport. Mohammad had just a T-shirt on in late November. Everything was lovely as the clement weather defied the earlier forecast. There wasn’t a drop of rain. The weather was gorgeous.

And so was my niece, Tise. She’d been asleep when I arrived late that Friday night, after waiting up for me. I was up early and had been chatting with her mom at the dining table since 6:30 a.m. But she’d heard us, and I could hear her running down the stairs. She was wide awake and full of energy in her blue cartoon print pajamas. Tise was tall for her age, taking after her six feet, two inches tall dad, and she spread out her arms as she ran towards me, to pick her up for a hug.

Tise was as excited to see me, as I was to see her for the first time. She kept saying, “You look just like daddy.”

She decided to call me, “Daddy’s long-lost brother…” although I am her late father’s first cousin. Professor Pius Adesanmi had died on March 10, 2019 in the ill-fated Ethiopian Airlines Flight 302 which crashed shortly after take-off in Ethiopia. The Nigerian-born Canadian professor who had until his death, been the Director of Carleton University’s Institute of African Studies was undoubtedly a shining star and his charisma had garnered him an unusually large social media following—quite remarkable for a university professor. Almost prophetically, he’d communicated a foreboding of the tragedy in the skies that would occur, as he shared a quote from scripture on his last Facebook post. CNN and other mainstream media would later comment on the premonition following his death. He had been on his way to an African Union conference and the death of the author of Naija No Dey Carry Last, at 47,stunned the world.

Pius, whose mom is my late father’s immediate younger sister had become a household name in Nigeria, as people like my ex-girlfriend’s mother in Nigeria had relished reading his weekly satirical columns in news outfits like Premium Times and Sahara Reporters. He was a gifted writer cut from the same cloth of writers from my father’s line: Pius had won the Association of Nigerian Authors’ (ANA) prize, just as my older brother, Sanya, had. And although my father had neither been a published author, nor had he written for a living, he had been the speechwriter for the Yoruba leader, statesman and first Premier of Western Nigeria, Obafemi Awolowo.

I had been bothered by something else it seemed Pius shared with my father and his line: death. Of course, everyone eventually dies, but I had been troubled when Pius died almost exactly one year after my father passed in 2018. The proximity of their deaths would not have caused me to make any form of connection, if another first cousin of Pius and I, also male and a professor like Pius (of medicine), had not passed away suddenly in his 50s—the year before my dad died. All three deaths occurred while I was in law school, obtaining my Doctor of Law degree. Unfortunately, I was not able to attend any of the burials.

Consequently, I felt a sense of relief that I was now able to be there for Tise’s 8th birthday—her first since her father died. He had passed away, just 10 days after his birthday. Now she just stood in front of me studying my face in amazement.

“You have daddy’s mouth…You have daddy’s teeth…You have daddy’s head…You have daddy’s ears!” Exclaimed Tise in excitement. It was as if her father had sent her his duplicate to be her daddy and play with her on her special day. Pius was an only son and so my oldest brother who was an academic and a writer and an alum of his alma mater, University of Ibadan, was like his big brother. They were really more like friends than first cousins, given their shared interests and common circle of friends.

Pius was older than me, and I’d been told since I was a kid that I shared a remarkable resemblance with him. We even supposedly had similar mannerisms. And so when I was coming up the dimly lit stairway from the basement and emerged at the open door, that faced the window where a woman stood talking on the phone while backing me, I understood why she jumped suddenly, after she’d turned around.

Becky, Muyiwa’s friend, grabbed her chest and dropped the phone, looking startled as though she’d just seen a ghost. And then realizing I was the decedent’s cousin, she suddenly started crying as she remarked that I looked so much like my cousin. It was the only time tears were shed on that day in my presence.

People had been streaming in all day, since early morning to drop off birthday presents and spend time to talk with the charming, gregarious and witty Tise, who is blessed with a larger than life personality just like her father. I was happy to see her sustain her excitement all day. She had several cakes baked for her and a trove of many different new birthday presents. She had planned for just about 10 of her close friends…almost 20 kids showed up, since Muyiwa’s friends brought their kids too. Muyiwa had not wanted to do anything, being still affected by the untimely loss of her husband.

However, the creative Tise had taken the initiative and leveraged her love of art to create her own birthday invitation cards and handed them out in school. Her teachers showed up and told us all about it. It was a thrill to see that like her dad, Tise is loved by everyone.

They ate, jumped around and played games in her playroom in the large basement. They also played musical chairs and that was when to the relief of everyone, Muyiwa started dancing and looked joyous as if a morbid pall had finally been removed from her mood. As she danced and sang along to the Nigerian hits playing, everyone was saying:

“I have never seen Muyiwa dance…”

“I am so glad Muyiwa is dancing…”

“It is so good to finally see Muyiwa look happy again.”

Muyiwa had been saying all day, “It appears Pius is orchestrating events from beyond to make Tise happy on her special day.”

Tise enjoyed her day as if it could not have been better. She repeatedly had me throw her in the air and catch her, like her dad used to. And she found a new way to put me to work, as she sat on my back while I did push ups. She is the life of the party—just like her father was.

On Sunday, when it was time for me to leave later that evening, she gave me a little handcrafted gift she had made herself and painted all day. She had cried in the morning when one of her aunts had left. I consoled her by asking her to look forward to the next birthday, and reminded her that because her aunt was leaving, she had time to play with her best friends in school again. So, as I was departing that night, and threw her in the air to catch her again, like I’d done before, I was glad she giggled out loud and looked delighted and happy.

Her mother commented again for the umpteenth time in our native Yoruba, observing how she did the same things with her father: “Ere ipa to feran, pelu baba e niyen.”

We finally made it back to Maryland about 3 a.m. Her mother had stayed up and waited to get word that we had arrived safely back in America and were in our home. She was still understandably concerned about traveling, given the recent loss of her husband while he was traveling.

She sent me a text: “[…] Tise was crying so much. At a point she was blaming herself for not giving you a bottle of water for the trip. She said it’s a long trip. I had to tell her your friend is a doctor and he will take care of you. For her it was like Pius leaving again […]”

Hmm…as for me, similar thoughts went through my head and I kept telling my friend, Mohammad who’d made it all possible, how I felt bad that I had not played enough with her, since the last time she asked me to play the game of monopoly from Disney’s Frozen theme that I got her, I had said I was too tired and I had not gone down to play with her in her playroom when she asked me to. But my wise friend assuaged my concerns, by saying he was sure I played enough with her, and that we could never have the energy to play to the full extent kids desire. I had to agree with him.

She had started off her day on Saturday at the recreation center in her hour-long swimming class. After that she had wanted me to play soccer with her in the backyard, but I’d reminded her that she had to get ready and save her energy for her guests at her birthday party.

Later that night she’d asked me why she could not stay on my back all day as I carried her and did push ups and go jumping around on her trampoline in her playroom, since it was her birthday and she was supposed to get what she wanted on her special day. I’d told her because adults were really not as strong as kids like her, and so we get tired quickly. I laughed when I heard her explaining to her mom and friends how she knew why grown-ups could not play all day with kids.

As I look forward to the next time I will spend with my beautiful, kind and wonderful niece, I say a big Amen to her prayer which her mother sent me in another text message.

“[Tise] prayed to God to always give you strength to carry her on your back and do push-ups.”