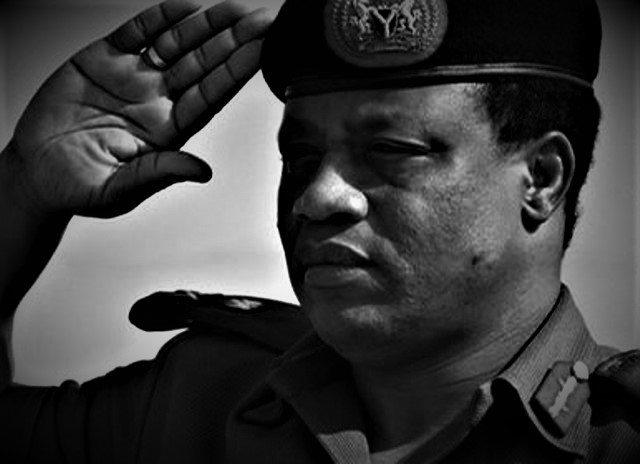 Recently, I learned some tragic news about a relative of mine who’d died in Nigeria. He was not even 50 and he had died a few years back, but I had no idea. Before I came to the US, I had admired him, as he was already a young millionaire in dollars. He’d built a mansion, drove a benz and he was not yet 30. Importantly, he owned his own company. I had attended his wedding before I left. He was just 29 when he married. Of course, as a young educated millionaire (he’d been enrolled in an MBA program even with his busy entrepreneur’s schedule) he was a chick magnet – for Nigerian women anyway.

I recall the last time I had visited him in his mansion in northern Nigeria. I kept thinking I wanted to grow up and be like him. I wondered if I could accomplish nearly half of what he’d done by the time I reached his age. So I asked him for guidance and for his secret.

“Hard work and stay focused,” my young successful relative said to me. It seemed fair enough. Although his father, one could say was partly responsible for his success. In the key factors he gave me to account for his success, he never mentioned the obvious in Nigeria: connections. A family that gives you access is critical.

I recall how men his age followed him around, and he was always dressed in cool flowing white dashikis, with one hand always tucked into his pocket. He was very generous, and when he withdrew the hidden hand to shake a sponger’s, money was often released on to a grateful man’s outstretched hands.

It was hard to catch the young millionaire alone, since he was always surrounded by sycophants who claimed to be friends.

Nevertheless, I admired him because of that deep respect he continued to show my parents…always prostrating flat to them as is our custom for native Yorubas. I remember how he had traveled down personally, to Lagos to hand deliver his wedding invitation, bringing his fiance along.

I was so impressed by his humility then despite the seemingly dazzling success he enjoyed. His wedding was a big splash. They spent a lot of money. He married a “big-man’s” daughter. Expected, since his dad was a big man too. Well his dad had merely been a school principal really.

However, in Nigeria being the principal of someone who becomes the military dictator of the country could mean you just hit the jackpot, especially when the dictator is known for his generosity towards his friends. A former student of his dad became dictator of Nigeria. He gets contracts…he gets oil. Thus, my relative was dealing in oil before he was 30 and had become a millionaire through the munificence of his father’s former student, who had become the military dictator of Nigeria, an oil producing country.

Despite possessing the requisite connections in Nigeria, I had believed my relative had ability as an entrepreneur. But another relative gave me the details. The businesses weren’t making money. All the money was from the oil. And once the dictator was out of office, as is typical in Nigeria, your contracts are gone with him. I was astonished to learn my relative went completely broke. His father had passed away not too long before him. His marriage to his wife did not last a few years.

The relative telling me the story, told me he had died of the depression he fell into as he lost everything.

I did not see that coming. I was shocked to hear all of this. I could not believe my relative could be broke. He was the model of success to me that I looked up to when I was young. I constantly expected to see him on Forbes, since it started to report Nigerian billionaires and rising stars. I had no idea my relative had lost all his money, and even his wife before he was 40 and he lost his life as he sank into a depression not long after that.

Many years ago, when I first came to America, another relative of mine who was established in America called me with some advice. He talked about timing. It was the first time I heard the Yoruba proverb: “Ma fi ago alago korin.” Translated it means, do not sing to the tune of someone else’s beat (a metaphor for time).

It’s message is that each individual has his distinct time for life and success, and you should not compare yourself to others who may have started earlier or seem to be moving faster.

I remember my cousin saying pointedly, that some folks may start off displaying success at a very young age, but you do not know if they will die early too. He said I should not measure myself with the pace of others. He said I should focus on being my best self and not on moving fast. He said if I looked at how early or fast others had accomplished stuff, I would be gravely disappointed and become sad. We do not all work under the same conditions, factors and variables. On that day, as he told me all this, I remembered my young rich relative and how rapidly successful he was. I had no idea, he would be divorced, depressed and dead before he was even 50 years old.

I too am divorced, but I have become so much stronger and better off for it. The divorce caused me to lose everything that I had carefully and methodically worked hard for at a young age too. I recall one of my brothers in law had called me to offer me advice after my divorce. He’d said that I was very fortunate the divorce occurred when I was still young and well before I was 40. He said I had a chance to start afresh. He told me how he’d become reflective too from what had happened to me, and caused him to wonder, what if it happened when I was 50 and lost everything? What if it happened to him?

My mom would tell me how she was in a way, relieved that the pain of the divorce occurred. She said her prayer was for me to overcome it and become strong and wiser. Of course, no mother wishes her child harm, but she explained to me, how she had always been worried how “my successes came so rapidly” and I seemed to be moving so fast, without experiencing setbacks in life that would mold and strengthen me for truly lasting and substantive success. I had noticed since I was a kid, my mom was in the habit of delaying my progress: for instance, I started school at an unusually early age, 2. But she would change my school and cause me to do a class again, even though I had excelled in my class at the previous school.

When I was given multiple promotions in elementary school, she rejected it. She said she wanted me to move with my peers so I would be balanced and not be a dysfunctional kid, who would have little confidence from being forced prematurely to fraternize with older kids with more experience and maturity.

Not too long ago, about the only person in this world that I may fear, my aunt (LOL), said, “omo yi oti gbon gan.” Meaning, “Child, you are now a very wise man.”

Pace yourself in life, and learn from your experiences. After my divorce, my parents refused to let me return to Nigeria because they did not believe it was a good place for me to heal. I immediately wanted to go home and get into business, etc, but they had my relatives in the US persuade me and everyone else in Nigeria to kind of cajole me into staying in America. It was for my own good. It worked and I healed tremendously.

Nigeria was not the proper environment for my relative who achieved a lot early and lost it all early, to recover and heal. He would have discovered that all those bootlickers were not his friends. It would have been so isolating and depressing to start again without a benefactor and no safety net. It is a reason the aged rulers keep recycling themselves and going back into government. There is no money outside of it, and there are no avenues or paradigms for people to start small and build success.

As a popular Nigerian saying goes: God’s time is the best.

May my relative rest in peace.