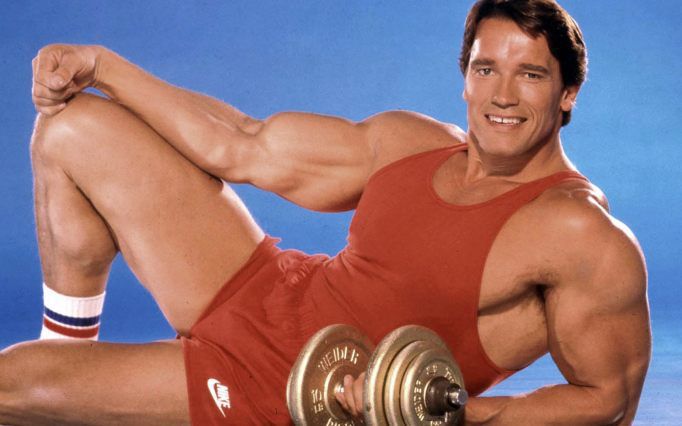 The slap from Che might as well have been a brush from a feather duster. Nothing like a strike you’d expect from a seventh dan Taekwondo black belt, who beat up his teacher. Che’s slap, although meant to provoke me into a fight, did not hurt my feelings. Neither did it shut me up. I have continued to talk ever since I was a skinny kid with an oversized head in Lagos. I don’t remember what I was running my mouth about, but it irritated the martial arts master, who was also the African bantamweight Taekwondo champion, enough to want to instigate an excuse to do to me what he had done to Razaki eleran—the meat-seller.

Razaki was new to our posh secondary school, where the kids of Nigeria’s presidents and most powerful attended. Because he was rough around the edges, and did not exactly fit into the elitist school, the kids called him a meat-seller. He was also older than everyone in our class and should have been a couple of classes ahead. The combination of broken English, his ruffian’s gait, with collars always flown up made Razaki look like the thug you did not want to fuck with. But he fucked with Che. And Che fucked him up, leaving him with a busted lip, bloodshot eyes and a couple of stitches. I had not seen the beat down myself, but when I saw Razaki’s bloodied face and I asked, “What happened? Was it Che?”

He responded unabashedly in his broken English, “I did not know he was a karat master.”

I did not take the bait. I was too smart for that – I’m Yoruba. They say Yorubas manage to escape every fight. I was not going to be his guinea pig or another statistic. Besides, I knew he’d kick my ass. Everyone knew the African martial arts champion, who beat up grown ups for sport would kick my ass. I would be just fine and healthy if I did not fight Che.

He’d managed to leave every opponent with a permanent scar. One of my best friends, Ifeanyi, also a martial artist was left with a permanent corneal scarring. Somehow though, Che had always managed to escape punishment from the teachers. Because he was a kid, we figured the teachers and principal simply looked the other way, so they didn’t get their asses kicked too by a kid. Moreover, Che’s dad was one of the most influential men in Nigeria. So the teachers would not only get their asses kicked, but also get fired on top. Considering Che’s father was also a black belt who’d fought so ferociously in the Biafran War, they’d get their ass kicked by both father and son, and then get fired on top of that. Thus, just like me, the teachers did not think it was worth being bothered by Che’s antics. We simply acted like he had not hurt our feelings at all.

But it was not Che’s feather duster slap that got me into bodybuilding. Che and I even became friends after that, and he would give me workout tips, telling me about Bruce Lee, his idol. It was the bullying from the seniors in my school. One day, about seven of them beat me from morning till the end of school. They said it was to make me tough, because I was a skinny kid, who did not participate in any sports and I had the innocent look in my face that was just asking for it. So, they said they had to toughen me up. Through some quick thinking on my part, and a ruse that alarmed my mom, I escaped the deeper “fagging” that the boarders got. I was a day student, so I went to school from home every day. When my dad had said he wanted me to become a boarder, I told my mom of the “touch your toes” exercises the senior boys made the younger students submit to. “And then they plugged them from the back,” I told her.

“Lai lai”, my mom exclaimed. “My son is never getting plugged in boarding school.”

So I escaped boarding school, and avoided more severe beatings.

However, I got clobbered by serious bouts of pneumonia as a kid. Later I was told it was asthma. Although I was determined and tried to, my condition meant I could not do any sport. But I read a lot. And I showed a knack for making money quite early. I sold ice cream to my best friend and his siblings of about 10 kids. Yeah, 10! I saved the money, and had my mom buy me more ice cream, yogurt and Capri Sun drinks, which I sold to them again for more profit. Thus, I always had extra money. It was how I bought Arnold Schwarzenegger’s Bodybuilding for Men and other men’s fitness mags and books. That was how I started getting weights, dumb bells, a bullworker, and a power twister. But that equipment would not transform my naturally skinny and tiny frame to the muscular specimen I desired.

We are skinny in my family, and so I would need more. I started to purchase flywheels of broken automobiles from mechanics and amassed them to hang them at the ends of a crossbar, a makeshift iron pole. I had a welder put together a barbell rack that served as a stand for my bench press. I put the equipment in my room, where I benched and lifted weights morning, day, and night. I had a large bedroom in my dad’s house, all to myself. I guess the house was soundproof, because nobody except my older brothers ever knew I had weights in my room. Nobody seemed to know what I was up to pushing over 250 pounds of weight and dropping them on the floor structure with a loud crash in the middle of the night.

I pumped iron every day. But I would need the right nutrition—high protein diets to help make my latent muscles grow. That meant I had to start eating meat. As a child, I never ate meat. It irritated me. I had been a picky eater. But now, I had to just swallow indiscriminately, downing about 7 raw eggs a day, eating chicken. Initially, I’d throw up; but you soon get accustomed to everything with repetition and time.

And I had Arnold’s words and pictures to keep guiding me. I was particularly inspired by Arnold, who like me, started bodybuilding at 13. However, I had no plans to be nearly as huge or to compete to win weightlifting and bodybuilding championships which he did since he was 17. At first, I just wanted to be strong enough to deter the bullying from other kids in school. In time, as I got stronger and my muscles started to show, it worked. By the time I got to the final year of high school, I could bench press more than anyone else in the school. There were unintended consequences to my bodybuilding though. On the downside, I never grew above six feet tall. I had been warned by my brothers, that the weightlifting would stunt my growth, as I expanded horizontally leaving a vertical challenge. So, I was fortunate to have managed to hover between five foot, eleven inches and standing at just six feet. But still a far cry from my brothers who are all well over six feet—and all still skinny, since they never took to weightlifting.

On the plus side, once I suffered a fever the first week after I started lifting weights, I do not remember ever falling sick again as a teenager until I left Nigeria for America. I was told my asthma was simply gone. The doctor told me I had outgrown it. Because I was concerned about my energy level to pump iron, I never smoked. At some point I abstained completely from alcohol too. That would reap its benefits many years later, when the doctor did a full checkup, and stunned, he looked at me, exclaiming, “I wanna know why you have organs of a teenager at 30!”

Girls now actively pursued me as a built teenager or told my friends they liked me. My friends forgot that I was once a frightened skinny kid, who avoided fights. Now, many years after I started bodybuilding at the age of 13, everyone only remembers me as always being a confident kid that people did not want to mess with.

But I remembered Che’s feather duster. Not in a bad way, since I actually grew to like Che who would tell me stories of how he got into a street fight with the “area boys” and agberos in his neighborhood, who always thought they could kick his ass because he was a rich kid. They mistook him for a wuss or an aje butter. And then he would pull a Bruce Lee on them, beating 2, 4, 6 area boys all at the same time! I guess it was a good thing thugs did not carry guns in Lagos, like they do in America. Fighting was just a normal thing for boys growing up in Nigeria…and then you become friends again.

Years later, when I reconnected with Che, I would learn to my surprise that he’d abandoned the sport he’d shown precociousness for as a teen, becoming a seventh dan black belt and unbeaten African champion before he’d even graduated from high school. Che had moved to Germany, was married with kids and was a musician and author. He’d always had the gentle quiet and cerebral streak in him. Che’d actually been the vice school prefect in high school. I guess just because nobody, not even the teachers would fuck with the kid. The world stage never got to see Che display his feline skills as a martial artist, because he’d hung up his gloves before he was 19; in part because Nigeria became a pariah nation, as the world punished it for the human rights abuses perpetrated by the military dictator, General Sani Abacha. Following Abacha’s hanging of the writer Ken Saro-Wiwa, Nigeria was suspended from the Commonwealth of Nations and could not participate in the international games until after May 1999.

However, the world got to see Che’s younger brother, Chika, win a medal in the Olympics for Taekwondo in the heavyweight category in 2008. Gladly, Che opened a studio teaching Taekwondo. He started competing again as well—as a boxer. Che used to tell me, a warrior must fight with more than one style, in more than one way. That’s my language—versatility.

The coronavirus hit too close to home