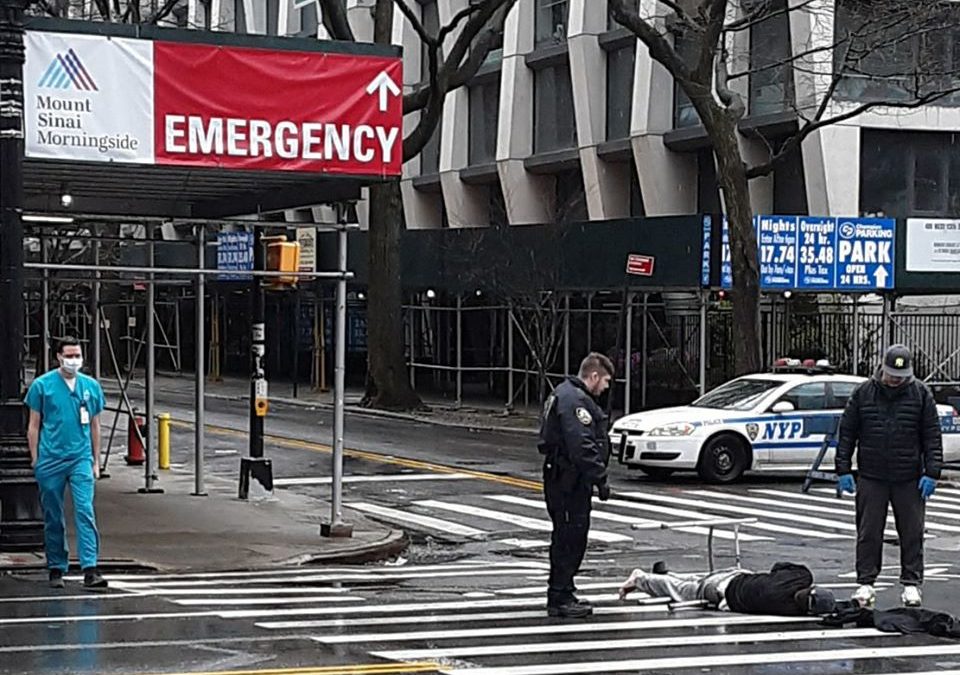 Today’s novel problems following the information and communications technology revolution include the commodification of our personal data without our knowledge by private enterprises—with further unforeseen and perhaps unintended consequences down the line.

We have seen how Americans may have been reasonably amenable to conceding privacy rights on a temporary basis, following a national disaster, such as occurred following the 9/11 terrorist attacks with the urgency of combating terrorism and protecting American lives. However, as Senator Maria Cantwell observed, “Rights and data surrendered temporarily during an emergency can become very difficult to get back.”

America is at another pivotal moment where Americans may have to consider giving up privacy rights again, in order to tackle the coronavirus pandemic. As of April 30, 2020, at least 63,000 Americans have died from covid-19, with over 1 million confirmed cases of people infected with the coronavirus in America. With a third of all US casualties suffered in New York, New York City is now the world epicenter of the coronavirus which broke out in Wuhan, China in the winter of 2019.

There have been major disruptions in an unprecedented level in America and especially in New York, which went on lockdown, as the city which once never slept was forced to enforce stay-at-home orders and social distancing in order to mitigate the spread of the virus. These sudden, systemic disruptions no doubt have far-reaching economic ramifications as well. To all intents and purposes, the United States is in a recession.

Nations of the world have looked to each other to glean best practices in dealing with this novel virus. And perhaps it is fair to consider that we may want to act on what nations that are successfully containing the virus within their borders—such as South Korea and ostensibly, China—have done, given what President Donald Trump failed to do in January and February when warning signs of the outbreak emerged in China to forestall or at least mitigate the sort of national disaster we are currently experiencing.

These countries have reportedly used technology such as smartphones, credit card transactions, and GPS, to track infected people and their movement, and monitor and contain the spread of the virus. According to an article in The New Yorker, “Can We Track Covid-19 and Protect Privacy at the Same Time?”:

Digital technologies, which work at scale, instantly provide detailed information culled from security cameras, license-plate readers, biometric scans, drones, GPS devices, cell-phone towers, Internet searches, and commercial transactions. They can be useful for public-health surveillance in the same way that they facilitate all kinds of spying by governments, businesses, and malign actors.

However, these actions would offend American civil liberties as Americans are mortified by the notion of a surveillance state. Our Fourth Amendment rights to freedom from unreasonable searches and seizures by the state without a proper warrant, partly inform this. But would Americans be similarly offended, if the surveilling entity is a private party and not the state?

It is hard to tell since private companies have been able to gather and package an astonishing amount of our data, without American consumers being aware of what all that data collection would amount to. Commercial marketing in America is proxy for private surveillance of Americans. It appears that Americans already live in a de facto surveillance state effectuated by private businesses.

Does it matter anymore if the government got in on the action? It is clear that new laws need to be made to maintain the American zeitgeist with respect to privacy, autonomy and individual rights. In any event, it is problematic when the laws are not nationally cohesive and articulable, given privacy laws traditionally have fallen under state purview. The dichotomy falls short in addressing the ubiquity of the internet and the concomitant transmission and storage (cloud computing) of our data through the internet.

However, there is a bright spot to the apocalyptic gloom and doom of the coronavirus pandemic that has made New York the epicenter. Columbia University did not stop classes during this unprecedented disaster that has ravaged not only the nation, but also the very city where Columbia University is headquartered. The Ivy League in the heart of the Big Apple now forced to sleep, continued business and did not falter in its step. Columbia had an ace up its sleeve in its contingency plan, in the event of a disaster. Perhaps, because New York City has suffered a major disaster before—the 9/11 terrorist attack—the university was prepared.

In about three days, right in the middle of the semester, the university evacuated its campus, only leaving essential services workers to remain in certain facilities. Within those three days, all brick and mortar classes transitioned fully to virtual classrooms and online formats. Thus, classes continued remotely and the intellectual rigor of the Ivy League instruction proceeded unabated. Indeed, the institution, students and general community made adjustments with an ample supply of empathy.

And on May 20, 2020, despite the pandemic that has left America and most countries in Europe on lockdown, Columbia University will be graduating the Class of 2020. And I will be one of them. All thanks to the revolution in information technology of the 21st century.