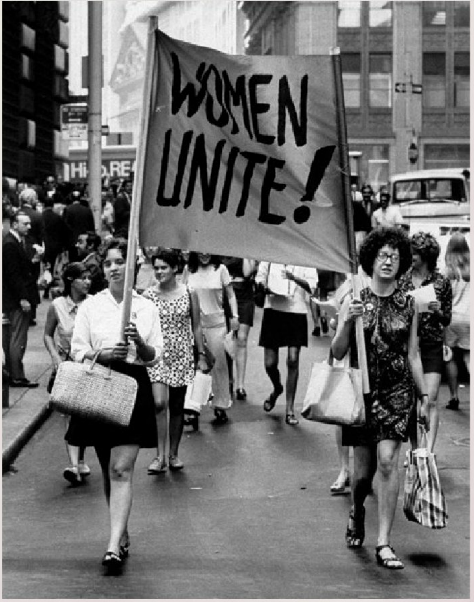 Feminism is often misinterpreted by non-scholars, while the public generally has a circumscribed view of who feminists are. Therefore, it is important that we ground our understanding in doctrinal approaches propounded by rigorous work done by reputable scholars in feminist history. Karen Offen, a feminist historian and scholar at Stanford University, provides us with a useful dimorphic framework with which to interrogate the meaning of feminism. The relational and individualist feminist approaches can be used to analyze a feminist pioneer in Latin America, Marta Vergara, and her American counterpart, Doris Stevens.

Karen Offen explores the meaning of relational feminism espoused in France and most of continental Europe, while shedding light on a different notion of feminism favored by Anglo-Saxon feminists, or American and British feminists from the 20th century—individualist feminism.

Briefly, relational feminism which seems fairly established in Latin America as well, posits that womanhood has value and that society should provide programs that acknowledge, affirm, valorize, and reward women’s differentiated status. Valuing womanhood may be instantiated by maternity legislation that pays women for maternity leave for instance. The goal of the relational feminist is not to de-emphasize gender difference but seek to underscore the value of women’s role in society and ensure their work is fairly rewarded or compensated. It may address the unpaid work of women as wives, who cook and clean for the household for instance, and would emphasize the need for women to be paid for any labor they perform by virtue of being women. However, relational feminists’ emphasis on recognizing and valuing womanhood is pursued in tandem with enhancing the most favorable professional and educational opportunities for women as well, although the degree to which this may be emphasized is arguably influenced by sociocultural, political and economic factors.

To individualist feminists, sex differences serve as a tool for subordinating women, and thus, the need to eliminate policies fashioned along differentiating the sexes. Individualist feminists have been criticized as a bourgeois, possessive Anglo-Saxon and American reaction to rival male domination without intrinsically looking inward to women’s genuine needs. Whereas relational feminism is viewed as more woman-centered and woman-celebratory in its onslaught of male privileges.

Marta Vergara first became exposed to feminism when she was a Chilean delegate advocating for nationality rights at the League of Nations. It was here she worked closely with leading suffragist Alice Paul, leader of the National Woman’s Party (NWP) and co-author of the Equal Rights Amendment (ERA); and the American, Doris Stevens who was Legislative Chair of the National Woman’s Party. She also became Chair of the Inter-American Commission for Women (IACW). The linchpin of her advocacy was via the instrumentality of the Equal Rights Amendment, which was a proposed amendment to the US Constitution designed to guarantee equal legal rights for all Americans regardless of sex. It had sought to remove legal distinctions between men and women in many social, economic, and political contexts.

Marta Vergara and Doris Stevens would forge a long friendship pivoting on collaboration for the materialization of women’s rights. However, their views and objectives differed, diverged, and even sometimes converged in light of expedient compromises they found themselves making to achieve broader goals.

These two women were important figures in the history of women’s rights advocacy. However, they represented distinct strains of feminism, which we can roughly subsume within Karen Offen’s theoretical dimorphic feminism—individualist and relational. Apart from their divergent brands of feminism, these two feminist pioneers, differed culturally, philosophically, and socioeconomically and these positional differences heavily influenced their feminism and viewpoints. Thus, Doris Stevens’ advocacy for women’s rights was not only narrowly defined, it also included and reflected a white-middle class, affluent women’s agenda, and interests. For Stevens, feminism was defined narrowly in terms of equal rights construed in the ERA, and excluded other social or racial justice or pacifism that may have affected other marginalized groups, and which were incidentally advocated for by Marta Vergara and her Latina collaborators, associates and acolytes.

Consequently, given the dichotomy in viewpoints between Stevens and Vergara, we may argue that their positions roughly correspond with the individualist and relational dichotomy. Whereas Vergara appeared to espouse ideals that bucked the system, as she became disenchanted by the League of Nations’ support of the economic and political hegemony of capitalist nations that marginalized Latin American nations, Stevens offered no challenge to the status quo, she advocated for women to have the access men had—that is she sought equality with men within the status quo.

Vergara’s feminism was suffused with undercurrents of socialism, individual women’s rights, collectivism and social solidarity, and her notion of feminism pivoted on the family as the fundamental unit of social and political organization for grassroots and working class women. Contradistinctively, Stevens appeared to believe in the individual as the fundamental political unit and espoused the justice of the capitalist society, free enterprise, and the availability of possibilities for everyone. Thus, it was such inflated yet circumscribed views that informed Stevens’ focus on equal rights for women to the exclusion of other social injustices.

With the rise of fascism in Europe and the curtailment of women’s status and rights, Vergara leaned more towards communism to fight the threat against the actualization of women’s rights. Thus, Stevens and Vergara inadvertently found themselves against the common enemy of fascism, which impugned women’s rights. Over time, both feminist protagonists would make compromises and reach across their doctrinal divide and embrace contra positions from the opposite camp.

Doris Stevens on the other hand had been a staunch opponent of maternity legislation, the linchpin of relational feminists and a crucial objective in Vergara’s advocacy. Stevens’ opposition is evidenced in her opposition to the platform of the International Labor Organization (ILO). The ILO had been established at the end of the First World War with the objective of examining from a bird’s eye-view, global labor dynamics and proposing international solutions to tackle labor problems. Traditionally, the ILO was known to support legislation that protected working women. ILO’s protective legislation policies for women included benefits for women during a period of maternity leave.

However, Stevens opposed policies that emphasized sex differences and treated men and women differently as she feared such disparities violated the principles of equality which they were striving for through legislation. It was her belief that such legislation curtailed a woman’s choice and hurt her ability to compete with men and placed a burden on the employer.

Consequently, Stevens urged Vergara to oppose the ILO protective legislation policies, including their 1919 Maternity Convention. Moreover, maternity legislation was viewed negatively and stigmatized within mainstream American circles, as public assistance and not as a right. At the time, there was also ambivalence among the mainstream regarding wage-earning motherhood.

However, Latin American feminists like Marta Vergara and MEMCh, the organization she co-founded, supported the inclusion of the provision of the family in labor legislation, and changed the framing around it dislodging it from the penumbras of ‘maternalist’ to defining it as a right for women instead of being regarded as a protective measure. In reframing and redefining women’s rights with respect to maternity legislation, Vergara was able to bring Stevens along in promoting equal rights as well as maternity legislation without further reservation or resistance from Stevens whose goal was to leverage strategically with the Latin American contingent to push the equal rights agenda (Equal Rights Treaty). Eventually, Stevens would publicly advocate for maternity legislation, albeit towards strategic ends.

In the end, through the collaboration between Marta Vergara and Doris Stevens, we see how compromise was reached in the seemingly divergent feminist strains, and there emerged a reconciliation of what we could view as the individualist and relational feminist dichotomy. Vergara who appears to manifest the ideals of the relational approach, with its focus on maternity legislation embraced equal political, social, and economic rights and advanced voting rights. Similarly, Doris Stevens who appears to espouse the existentialist ideals of the individualist approach, which de-emphasized sex differences, would go on to promote maternity legislation.