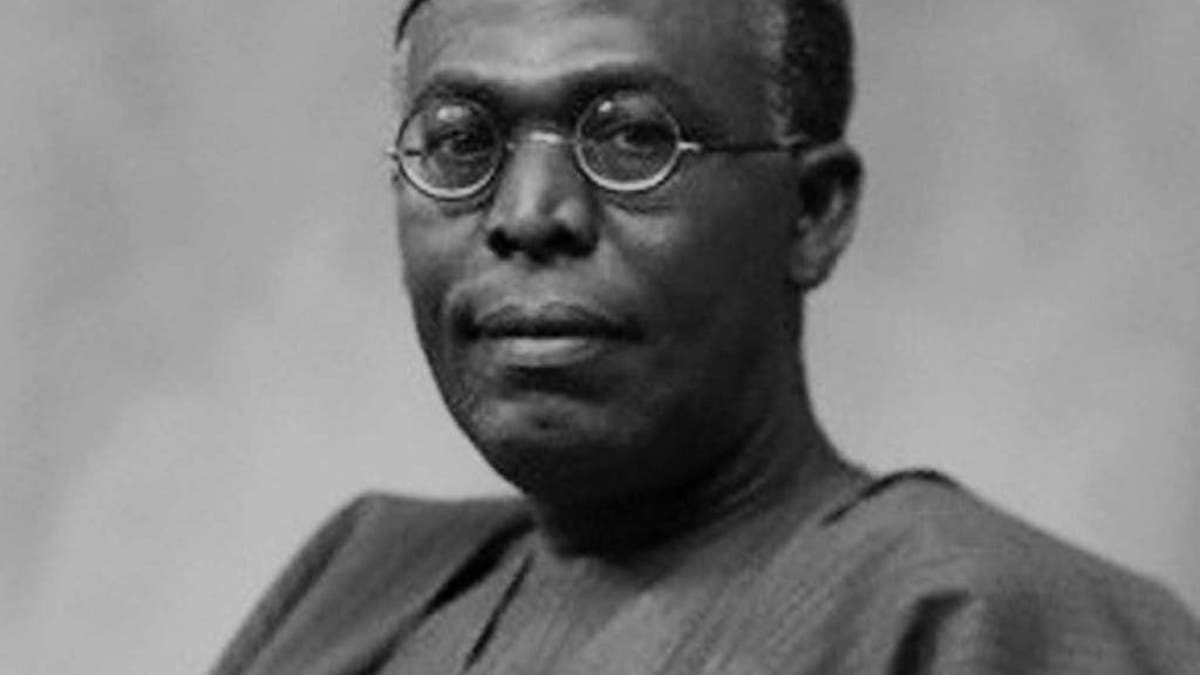 I have backgrounds in History, STEM (mathematics), accounting, business, and law. While historians tend to see events as intertwined, multifaceted, and continuous, scientists have an orientation to artificially segment in episodes in order to get a snapshot that is more manipulable. In the process of segmentation and creation of discrete events, causes are sometimes separated from effects and as conflation emerges, the case may even arise of putting the cart before the horse.

The continuous devaluation of Black lives in the palimpsest of American democracy is not separate from the process that devalued the life of a Black man in the U.S. Constitution of 1787, in which a Black man was deemed to be three-fifths of a white man. Since the execrable killing of George Floyd by rogue cops, it has become the fashion to talk of systemic racism. This is what the incessant mass protests since May 25, 2020 have ostensibly been about. Needless to say, the protests have come with great costs to our economy. The disproportionate cost of the pandemic to Blacks in America is another manifestation of morbid racism in America.

However, even while armed with the knowledge that deep-seated racism awaits Blacks in America and in the West generally, African migrants continue to make deadly voyages to get to non-Black lands. In the case of Nigeria, many seek to escape the mass slaughter by the deadly terrorist sect, Boko Haram. They seek better air and a more sanitary environment away from their lands in the Niger-Delta despoiled by the extraction of crude oil by Western oil companies operating there with reckless impunity. They seek to forestall their impecunious circumstances which their university degrees should have guaranteed, by traveling to the West.

Nigerians clutch at straws to brave racism in America and the West in order to escape the dehumanization of former military dictators who have recycled themselves as they retain power as a cabal garbed in civilian attire and propped, ironically by foreign powers—that are terrified of having Blacks in their lands.

Thus, Nigerians are temporarily banned from the United States in the issuance of permanent residency visas—a ban instigated by this irrational fear of Black people. However, Nigerian economic migrants in the diaspora collectively account for about 40 billion US dollars in annual remittances to Nigeria. While it is now apparent that the patchwork (Nigeria) created by the former British empire for its administrative convenience is no longer working, and the constituent indigenous nations in the south of Nigeria agitate for secession and the creation of their own countries that will not only stem the eviction of their sons and daughters as economic migrants to the West, but also preclude their consequent dehumanization in those lands (through exposure to racism), the West African region fears a refugee crisis.

Indeed, if another civil war occurs in the 214 million populated country of Nigeria, it may be a challenge for the region to contain the flight of refugees that will result. However, Nigeria can separate without a war. Progress can be made in countries that become independent nations in the south of Nigeria and the need for Black flight to America, where they are not welcome—at least by the Trump administration—can be significantly checked with the independence of well-managed nations, like the Yoruba nation.

Furthermore, an independent Yoruba nation can start to pay reparations to African Americans—lingering victims of the odious slave trade conducted by West African kingdoms and their European partners. After centuries, it is clear that America remains deeply racist against people of African descent. Blacks cannot comfortably find a permanent home in environments where their presence is looked on with suspicion, ‘otherized’, and treated with trepidation, if not outright disdain. But Black people have a home in Africa. While I do not envision a mass exodus of Blacks to Africa—after all there are white folks living in Africa—sanitizing the continent and making it livable will end up changing the perception and treatment of Black people in America. It will also stem and perhaps reverse the brain drain, as professionals seek succor in the West.

As a banker I saw firsthand how bank staff routinely discriminate against people of African descent. Apart from the real economic casualty Blacks suffer from discrimination, there is the incalculable psychological trauma they must grapple with, too.

The Nigerian nation is sham to me as a Yoruba man

A nation is like a macro-organization. The organization itself can be parsed into granular entities—the individual. These individuals may agglomerate into functional units. Consistent in the elementary scheme of nations, organizations, and individuals are raison detre and identity. Identity is the fact or condition of being the same as something else. I started my professional banking, stockbroking and investment management careers in America. I have worked for at least four major bank holding or financial services organizations, and the first thing that I went through like every employee did, from the first day of work was a process of uniform indoctrination. We all soak in the mission statement and values of the organization. We attended formal classes for roughly 3 months where we learned to be a reflection of the organization, so everyone could be a true ambassador of the company. We became indistinguishable replicas as stakeholders of the company—in terms of core values.

There are no kings or queens in America. There is no nobility. No lord or duke as a prefix or title, just Mr. or Miss.

Free speech and the pursuit of happiness and the other badges and stripes that make us Americans are distinct elements in American zeitgeist. And all Americans embrace them regardless of race. Americans even have one religion: the freedom to have or not have a religion. Americans do not fight religious wars or jihads. The true American belief is the Constitution.

The recent call for a Yoruba nation is based on the common identity of one of the largest nations (tribes being a colonial pejorative) in Nigeria—the creation of Lord Lugard, a servant of the British Crown in furthering its imperialistic appetite for new colonies in West Africa. The name Nigeria was even coined by one Flora Shaw in an essay she wrote in the Times on January 8, 1897. Miss Shaw later became Lady Lugard, the wife of the founder of Nigeria and its first governor-general or ruler—Sir Frederick Lugard. Nigeria is the manifestation of the subjugation of a number of West African nations through British imperialism in its defunct colonial empire.

Because Lord Lugard governed Nigeria mainly through indirect rule, the distinct identities of the various indigenous nations in the conquered West African territories remained intact. Especially the Yoruba identity. Like every Yoruba person in Nigeria, I was raised in the tradition of ‘Omo ti Olu iwa bi’ stylistically contracted in Yoruba grammar as ‘omoluwabi.’ Translated, ‘Omo ti Olu iwa bi’ literally means ‘The child that the God of character has birthed.’ Foreigners and non-Yorubas in Nigeria can easily recognize the relics and marks of Yoruba custom: young men prostrating to older people, while young women kneel to elders; never using the left hand in social context, because it is considered rude. And of course there is Yoruba music and attire. These are the cosmetic optics of Yoruba identity.

Omo t’olu iwa bi runs much deeper for Yorubas. From our various Yoruba dialects to sub-groups whether, Ijebu-Yoruba, Ekiti or Okun-Yoruba in the northernmost borders of Yorubaland, we all know and are raised in the custom and values of ancient omoluwabi, which have been evidenced among the Yorubas for over a millennium.

Yoruba lore which every Yoruba group knows intimately, posits that omoluwabi values are as old as humanity, and Yorubas have exhibited this moral system since the beginning of time. This is how organic and concrete Yoruba identity remains, despite the 100 years of Yoruba wars, Islamic jihadist incursion in Yorubaland in the 19th century, British colonialism, and further balkanization of Yoruba groups under military dictatorship since the creation of a pseudo-independent Nigerian state.

Due to tribalism, corruption, and the terror of the sectarian armed forces that ruled Nigeria since 1966, only 6 years after ostensible independence from the British creators of Nigeria, Yorubas now constitute roughly half or a majority of the 35 million or so citizens of Nigeria living in diaspora. The wholesale eviction of Yorubas from their native lands is intolerable. Given the realities of anti-Black racism anywhere outside sub-Saharan Africa it is crucial to reverse the outflow of Yorubas via economic and social emigration. The creation of an organic Yoruba nation is not only long overdue, but is the most tenable way to start to engender progress, prosperity, and the redress of Yoruba grievances.

An emerging Yoruba nation can work on forging new partnerships with Nigeria (or its constituent parts) to sanitize the regional economy and address economic migration, cybercrime, and terrorism.

Our immediate focus should now be on restructuring Nigeria—or working out a path towards political separation and realignment of its economy to make it viable for Africans to live comfortably in with their dignity intact while making them propitious partners to their foreign allies, such as America.

It is estimated that Nigerian leaders have fleeced the nation of approximately 1 trillion dollars since 1960 (about $400 billion as of 1999, according to EFCC). No wonder that by 2019, Nigeria was declared the poverty capital of the world and Nigerian nationals were considered pariah and personae non gratae virtually everywhere else in the world.

This is anathema to an omoluwabi. It is incipient destruction of the Yoruba identity to wear that name–Nigerian–now globally associated with perfidy.