Home > Olu's Stories > Free at last? How I met a white Yoruba man from Puerto Rico that was not Bruno Mars 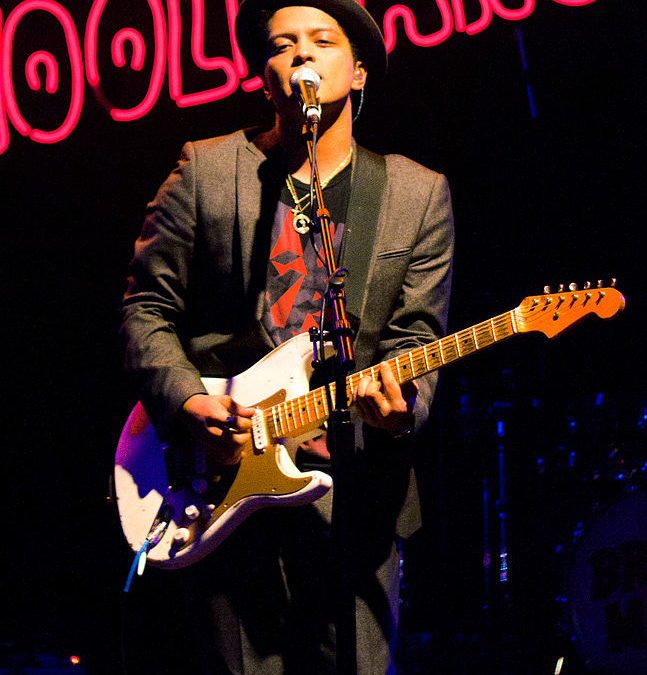 Historical migration patterns, and the transatlantic slave trade engendered significant cultural and even linguistic osmosis, as various ethnic groups mixed together. Although we find that with the effluxion of time, new identities take more shape, it is difficult to make an argument for discreteness in ethnic or cultural identity. Thus, race it appears is a social construct.

Yorubas are also remarkable for their urbane ways, respect for elders 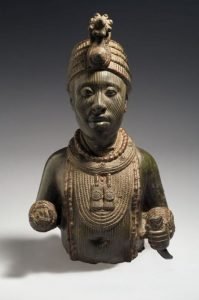 At last, quintessential Nigerian art, looted by British marauders in the 19th century and which are du jour residents of western museums, may return home, where it belongs in the Benin Kingdom in Nigeria (not to be mistaken with the Republic of Benin, the country in West Africa). Benin is a westernised version of Bini, a corruption of ile ibinu—so named by their ancestors, the Yorubas of Nigeria—meaning the land of anger. Benin is also home to what was labelled the largest man-made structure in the world, lengthwise, and the world’s largest earthwork, the “Iya Wall”, which reportedly subsumed the Great Wall of China. The Iya of Benin in Nigeria was inducted into the United Nations Educational, Scientific and Cultural Organisation world heritage tentative list in 1995.

Upon discovery or rather “exposure” of some of these ancient and complex artworks and structures in Nigeria in the 1990s, archaeologists and historians from Europe, called for a reassessment of West African history. Yoruba and Benin bronze works were of such an advanced stage and noted to be comparable in complexity to the Romans’ at their peak.
So far, the oldest sophisticated complex art in sub-Saharan Africa is located in Nigeria, in Jos, Plateau area. It is called the Nok culture, an abandoned cluster of complex terracotta works dated at 3,000 years old. Historians posit that it was left behind by people who moved further south of Nigeria and came to be known as Yorubas, and who continued developing complex artworks. 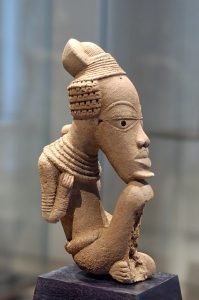 Modern historians and archaeologists have noted the similarities between Nok terracotta and the brass and terracotta works of Ife kingdom of the Yorubas, which came about 700 years after the end of the Nok civilisation.
“The terracottas of Nok culture demonstrate the complexity of life and society in West Africa in ancient times, but what happened next? It is suggested that the Nok eventually evolved into the later Yoruba kingdom of Ife.”

The Yoruba empire, which in the era corresponding with Europe’s Middle Ages, constituted the most urbanised cities in Africa, and disintegrated with the transatlantic slave trade, which decimated its populations. Yorubas speak an intoned language and are distinguished by their talking drums and their vibrant spiritual/soulful dances, once performed with singing, in the worship of their complex pantheon of 400 deities that are subsidiary to Olodumare or the Supreme Being, too transcendent for man to conceive or interact with.

Many Yorubas, who were able to escape slavery in Brazil, returned to Lagos to be reunited with their Yoruba kin. Yorubas and their culture of worship, singing and electrifying dancing are still visible in Salvador, Brazil. The Yorubas are also remarkable for their urbane ways, respect for elders, politeness, hospitality, civility and diplomacy (cheekily called “politicians” for their accommodating nature). World Boxing Heavyweight Champion, Anthony Femi Joshua, basketball legend, Hakeem Olajuwon, and renowned musicians Fela, Seal, Wizkid, Davido and Sade Adu are Yorubas. Many Cubans, Brazilians, Puerto Ricans, Haitians, Jamaicans and Blacks in the Caribbean have Yoruba ancestry. Through DNA analysis and research, basketball legend Kareem Abdul-Jabar and the famed Harvard historian, Professor Henry Louis Gates, Jr. both confirmed that they are descendants of Yorubas. Recently, Chadwick Boseman, the star of the billion dollar grossing Marvel Studios movie, Black Panther, stated that he discovered he had Yoruba ancestry, after confirming through DNA analysis and research.
Curiously, as I recently spoke with a Nigerian-American friend at the gym, in our Yoruba language, an African American lady in her twenties walked up to us and asked if we were Nigerians. Upon confirming that we were, she informed us that she had her DNA analysed and discovered she was partly Yoruba and Nigerian too (there are large Yoruba populations in the Republic of Benin, Togo, and other post-colonial nations of West Africa).

As we conversed with the Howard University graduate, a white man working out not too far from us, overheard our conversation, and exclaimed, “Wonderful, I am Yoruba, too!” I thought he was being cynical, but he wasn’t: he was a Puerto Rican, and he and his wife proceeded to give us a brief history of how the Yorubas arrived in Puerto Rico, became mixed with Europeans, but had their culture celebrated till this day. He averred that people could trace their lineage to their African ancestors through a maternal line (even “whites”). He said the cultural history is taught in schools in Puerto Rico and was surprised it was not taught in the United States.

Puerto Rico, which was first called San Juan Bautista by Christopher Columbus after he arrived there in 1493, was named in honour of the biblical forerunner of Christ, Saint John the Baptist. After the Spaniards started to settle and colonise the area in the 16th century, the indigenous Taino Indian population, became decimated, succumbing to infectious diseases transmitted by the influx of European colonists. To address this, on 2 June 1537, Pope Paul III promulgated the papal encyclical, Sublimis Deus, which forbade the enslavement of all indigenous peoples of the Americas including the Taino Indians.

The earlier Laws of Burgos of 1512, enacted by the Kingdom of Castile (Spain) to govern the behaviour of the Spaniards and their treatment of the Taino Indians, being insufficient. Thus, with Sublimis Deus ending the encomienda system, which had virtually enslaved the indigenous Taino Indians, imported black slaves from West Africa, filled the gap. Because of the paucity of European women and with the Taino Indians now decimated, the Pope permitted that the offspring of the black female West African slaves, and the white slave owners in the Spanish colonies would be recognized as legitimate heirs. Significantly, there were no anti-miscegenation laws in Puerto Rico, unlike in the United States, so the male Spaniards often married their female African slaves for offspring.

The highly organized Yoruba empire, which had the most concentration of urban centers in pre-colonial Africa (as it does today, with the Yoruba city of Lagos being the most densely populated city in Africa, at over 20 million people), was a major casualty of the transatlantic slave trade. Consequently, many Yorubas with their rich and distinct customs were infused into Puerto Rico to replace the lost labor of the indigenous Taino Indians.

At the beginning of the 19th century, only about 40 percent of the population of Puerto Rico was considered white. By 2010, partly because of huge migration waves from Europe and a combination of “whitewashing” policies to homogenize and diminish the black population, the proportion of whites increased to over 75 percent. Whereas in furthering anti-miscegenation policies to support racial purity and white supremacy, many states in the United States codified the “one-drop rule” which identified anyone with known sub-Saharan African ancestry, as black, Puerto Rico on the other hand, instituted the opposite of this egregious form of hypodescent. Laws like “Regla del Sacar” or “Gracias al Sacar” allowed Puerto Ricans of mixed ancestry to identify as legally white, if they could prove that at least one person per generation in the last four generations had been legally white.

This whitewashing policy has generated mordancy surrounding Puerto Rican racial identity. The multi-Grammy award winning artist, Bruno Mars, whose father is part Puerto Rican and part Jewish has been vilified as a cultural appropriator for singing in a distinctly African-American style. Although by appearance (du jour styled as racially ambiguous), Bruno Mars, based on arbitrary American racial classification, would be considered black. Paradoxically, however, he is rejected by many blacks as non-black—a consequence of Puerto Rico’s ironic, “whitewashing” or whitening policies. The musician’s visage seems to reflect a pre-whitened phase, which the late megastar, and once visibly black, Michael Jackson acquired through cosmetic surgery.

Unfortunately, it appears the talented Grammy award winner, is a captive of an impasse in the regimented racial dichotomy, that is invoked when inhabitants of the unincorporated US territory, with its historic hyperdescent regime reside in the United States mainland, with its historic hypodescent culture. Hypodescent is a phenomenon based on racial and ethnic hierarchies and subordinated groups. Progeny of mixed races, or divergent socioeconomic status are automatically assigned the identity of the “subordinate” or socially inferior group. America’s hypodescent culture automatically identified the offspring of a black and white couple, as black. Although the one-drop rule (a hypodescent law) has been abolished, the psychology of hypodescent remains entrenched in America. Thus, Barack Obama, born of a black father and a white mother is automatically considered black—and the first Black president of the United States. Because of hyperdescent, Puerto Ricans, like Bruno Mars, who socially would be considered Black in America, are legally white (according to Puerto Rican norms). It is another strange way of stigmatizing dark skin.
However, for me, the jovial white, proudly Yoruba man from Puerto Rico, brandishing his Yoruba credentials at the gym, now served as evidence of what I had learned many years ago, when I took a course in the history of Latin America and the Transatlantic slave trade, for my first degree in History and International Studies.

So, despite the quandary of forced racial hierarchies and classifications extant in the United States mainland or its unincorporated territories, I confirmed something on that day: there were people who looked white in appearance, but who could also “proudly” trace their ancestry to a Yoruba person from West Africa.

When my friend "bluesed" the dictator’s daughter