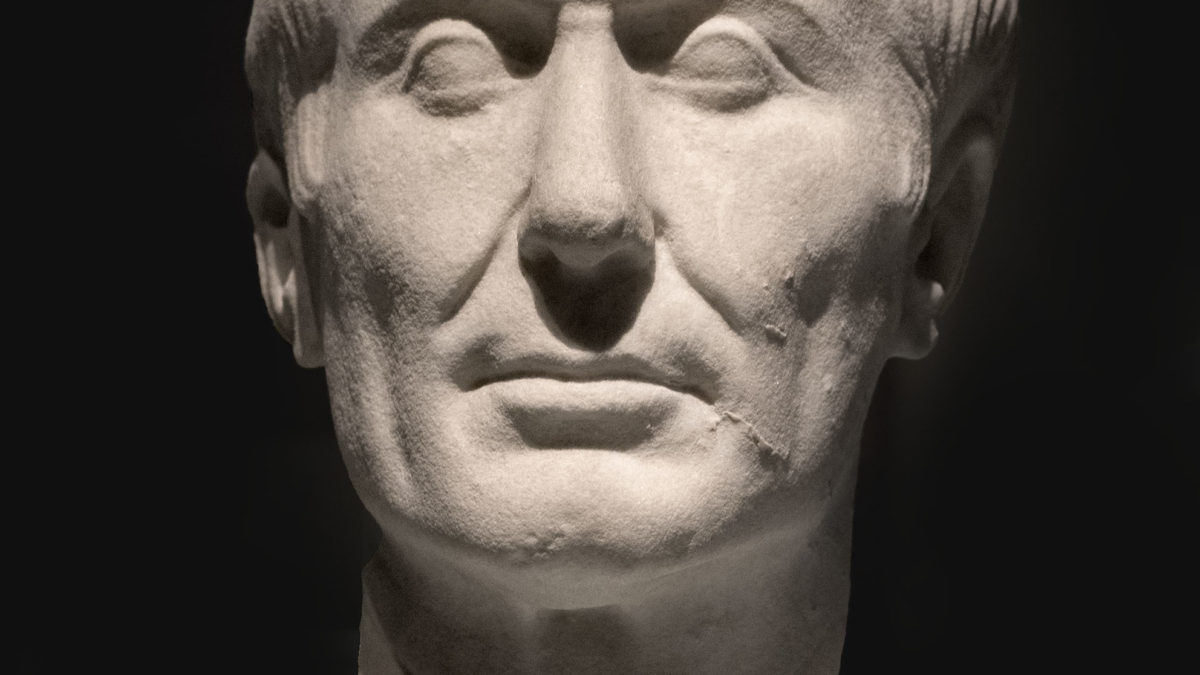 Gaius Julius Caesar had been somewhat overly ambitious for a political life from the onset. However, he came from an obscure patrician family and did not possess the wealth of patricians like Crassus, the Roman general and consul dubbed the richest man in Rome. Given his ambition and the constraints he faced, Caesar carefully cultivated traits that could make up for the wealth he lacked among the image conscious Romans. Thus, he promoted his image as a politician, honorable statesman (hardly the case, since he was similarly involved in the typical bribery and corruption scandals) who kept his word—at least he ensured, it was publicized that he did. He appeared to want to be viewed as someone who worked well with people, was conciliatory and disinterested, selfless, and generous and prioritized the welfare of Romans. Caesar wanted to be perceived as being right for Rome and a source of stability. It was a time of division between the optimates and the populares, and men who were popular or favored by the masses and the plebeian, were able to leverage their influence with the people as a means of political expediency and use it to maneuver strategically.

An illustration of the notoriously propagated notion of Caesar going to great lengths to keep his word is instantiated in an old yarn. Once when Caesar was kidnapped by pirates, he was said to have promised his captors that he would slit the men’s throats as an act of mercy, prior to having them crucified. He did just that. However, we should also remember that the Romans valued virtus, and so it would be to his credit politically to show that he was a man of his word and could be trusted; that he was honorable, etc., as these traits, consistent with men who possessed the desirable Roman quality of virtus, would ingratiate him more with the masses. Furthermore, his actions would be regarded as being disinterested, and for Rome and the people. This in turn would give him broader appeal.

Even in the First Triumvirate, Caesar was the conciliatory figure that brought together the two rivals, Pompey and Crassus.

Caesar was shrewd not to appear to harbor grievances as he strategized to use people later, for political favors. It was to his advantage to be regarded as one who could seemingly rise above the fray. Thus, even though Clodius was rumored to have had amorous intentions or an affair with his wife, Caesar did not seek to humiliate or take vengeance against Clodius. Later on, Clodius would be an ally and Caesar even helped change Clodius’ status from a patrician to a plebeian so that he could become a tribune of the Plebs. Caesar’s attitude as being merciful was different from Clodius’ who was later viewed as vindictive and untrustworthy because of the vendettas he pursued against enemies. He later even persecuted Caesar himself.

Caesar won able allies because of the favors he bestowed, such as his close ally Mark Antony, another tribune of the plebs, as Caesar was cultivating this image of a venerable man of the people. Even Curio, another tribune, whose debts were reportedly paid off by Caesar, would become an ally, who advanced Caesar’s interests. Additionally, Caesar who claimed to be descended from a god may also have been calculatingly cultivating exceptional qualities that projected an aura, which ostensibly aligned him with divinity. Some Roman leaders had been identified with the divine because they apparently displayed extraordinary qualities. For instance, Sulla was called Felix because he was identified with luck. It caused the people to revere such seemingly extraordinary leaders, obviously favored by the gods.

As Caesar marched on Rome, Ahenobarbus’ men happily enlisted under Caesar because of the impression he made on them, given that he’d taken no captives and executed nobody.

However, in addition to forging alliances through his magnanimous gestures, Caesar may have also been projecting the image of a leader who was perfect for Rome and would finally bring peace and unite everyone, unlike the vengeful and vindictive former leaders who launched vendettas and tried to eliminate all their enemies, like Sulla and Marius did. The ceaseless feuds caused civil wars and Caesar may have been trying to distance himself from the political rivalries that had marked the Republic and thrown Rome into a long period of instability, fear, and uncertainty. Rome lost talented leaders due to the ceaseless vendettas, in which the ascendancy of a political leader, often instigated the execution and/or persecution of his rivals.

Julius Caesar was cast as a break from that unsavory pattern. Thus, when Caesar had reportedly turned away and looked downcast upon news that his arch rival, Pompey had been killed, it was said that had Pompey lived, Caesar being the magnanimous Roman full of virtus as he was, would have used him to fill an important role in the service of the empire.