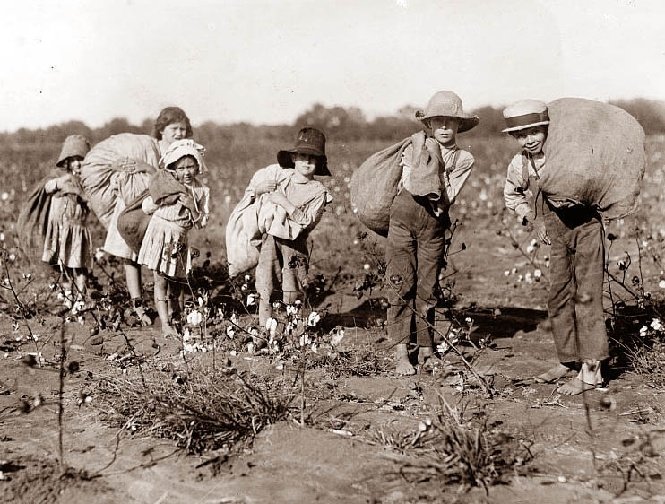 I have been very fortunate with my experiences: the hard, the not so hard and the serendipitous have all perhaps conspired to lend one insight. Many years ago, as I worked multiple jobs as a full-time student (never knowing rest), in rural Troy, Alabama, I met one of the poor whites, which filmmaker Matthew Cooke in his documentary “People’s History of the USA,” describes. I had gone to work initially as an Accounting intern for a summer at a car dealership. But I soon got a regular 30 hour per week role till my graduation, doubling up as an “all-duty” employee, including working in the body shop (where cars were repaired/reassembled), and where we stood all day.

Our work day started about 6 am, and it ended at 5:30 pm, daily. We all worked hard. And Tim, worked hard every day as well, with just one holiday: Christmas eve. But the young man Tim, never complained, and was never bitter towards me, for being a college student who took time off to shuttle back to class and return.

Tim and I became friends, and I learned of why he never went to high school. A white boy born indigent, and though with looks that could have made him a Hollywood star, he went to work as a pre-pubescent boy, plucking chickens – working in a poultry. He told me stories of how terrible the chickens could be when they come for you. He knew all about chickens.

Towards the end of my studies in Alabama, Tim, would ask me, “Osha, why do you work here with us? You know you can work at a bank?” For him, working at a bank reflected class and erudition. Well upon my graduation and departure from Alabama, I did work in various banks for years. But in Alabama, I learned the story of Tim, the indigent but hardworking white male. We worked together for about three years in the south. His best friends were also once indigent men in the south like him–and they were Black. Because they worked so hard every day and had mastered their skills as “body-men” (they were like artists who rebuilt damaged cars and made them new again), they were no longer poor.

These men could now afford many things in the south, through their unrelenting industry: their souped up trucks, their prefabricated or designed homes before they were thirty, and their motorbikes and boats. Rather than go to high school, they had teachers who wrote them off and sent them to work. There is a severe opportunity cost to society and the whole and civically engaged being, when his intellectual development is truncated in childhood. Education is not an elitist panacea, as you would find education counters the effects of an incogitant citizen.

Tim was written off in his early education; coming from a poor home, he was told he was unteachable. But I observed Tim, and saw he was really a very discerning, meticulous and scrupulous young man. Could he have been victimized by a terrible teacher who derailed his academics, like many young black men in America are? (Perhaps it is time to unravel structural academic racism/prejudice in all its forms and actually criminalize it?)

Although the men showed camaraderie, they worked hard all day at the body shop, remaining dour, quiet, and focused as all you could hear was the cacophony of discordant sounds from the machinery used to perform their tasks. However, at 5:30 p.m. they suddenly came alive and they fueled their engines with their effervescence. The furious burr of their engines was immediately followed by clouds of dust and new tire tracks that showed they were gone. They were all gone on that Friday—except for Tim.

“He sold you a lemon,” declared Tim, as he diagnosed why my Buick Skylark would not start. He did not just talk, but started to work on it for me, even after his working hours. I am not a particularly mechanical person, but as I tried to be helpful with my own vehicle Tim cautioned:

“Stay away Osha. You can’t get your hands dirty. You must keep them clean, so you can shake hands in class.”

And that was how the rustic young white man that had been failed by a broken system, repaired my car for free so that I could make it home.

While poverty in all its ramifications should be extirpated, in seeking solutions to its eradication among blacks and non-blacks alike, we must not minimize the enforced default prejudicial status that blacks suffer in America: presumption of guilt, presumption of perfidy, and the presumption of incompetence. It is a historical racist trope, which does not often encumber white males, even when indigent.

However, herein lies the dilemma: while I have known many relatively privileged blacks who have benefited from affirmative action, I have not known any contemporary (of course there are some) who plucked chickens. Blonde, blue-eyed white young male Tim has. But still, the comparative economic hardships of most blacks relative to some white males should not be conflated. Black advocacy for equality and fairness should never be degraded as an aspiration to enjoy white privilege. This will only amount to perpetuating the vicious cycle of unfairness that exists.

Historically, even with the end of slavery, the sharecropping system of farming in the south further impoverished blacks already without resources.

In a sharecropping arrangement, landed farmers and owners of the tools of production rented a parcel of land to sharecroppers to grow crops through which they could “subsist” in return for giving virtually all their produce back to the landed farmer, while retaining the bare minimum on which they could only subsist or feed on with their families.

However, some indigent white men were sharecroppers too. In the 1900s, about 36 percent of all white farmers in Mississippi were either sharecroppers or tenant farmers, while 85 percent of all blacks subsisted in this sharecropping arrangement, which further impoverished blacks who already had no resources due to the legacy of slavery.

Until equality and fairness are extended to all, there will remain inherent contradictions in the framework of the land of the free, which only the perfidious and dubious can deny. Affirmative action must extend opportunities to the qualified barred due to structural injustice and unfairness. And in a land made of many very smart people, a meritorious and fair system can be worked out to leverage historically persecuted and disadvantaged blacks as it embraces many indigent white men too – like Tim.

An enterprising artist's journey from Lagos to London

Binary likely: The ‘unchanging’ normative for Caster Semenya and others