Home > Entertainment > Alternative Jewish representation in film after the Holocaust 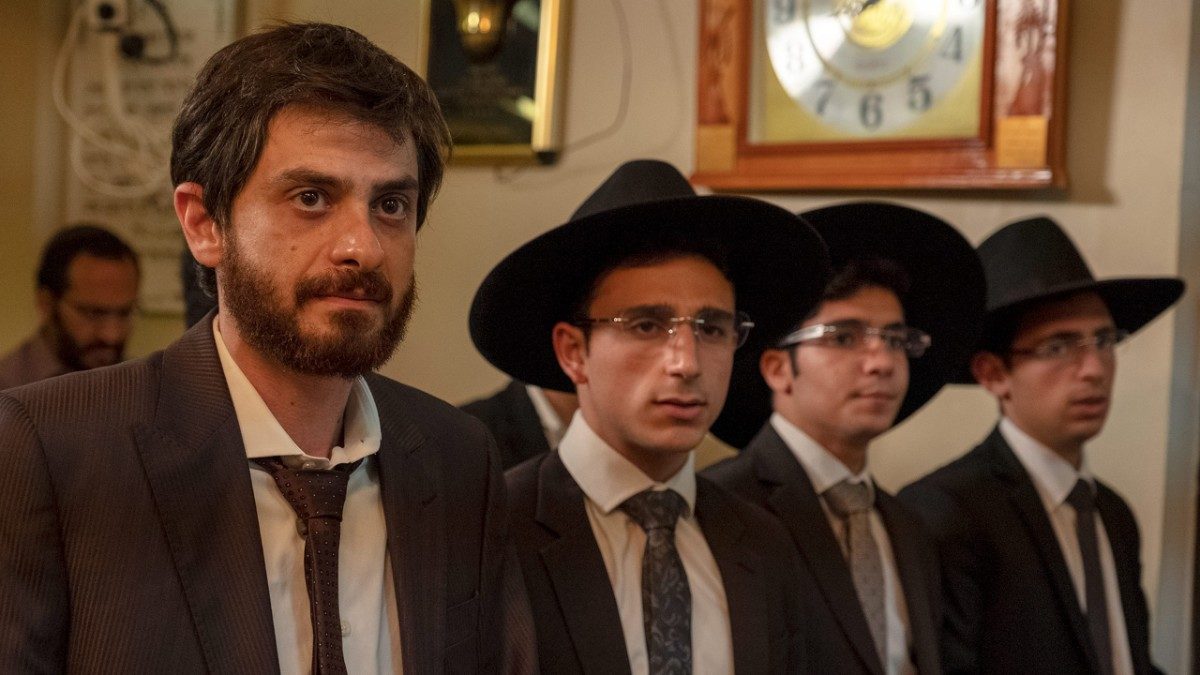 Jews enjoyed a long rich variegated history before the Holocaust. Jewish history is responsible for the three great monotheistic religions—Judaism, Christianity and Islam. However, the relevance of Jewish culture in history goes beyond religion. It is similarly deeply interspersed with persecutions. Two films I watched in the Spring of 2020, at The Institute for Israel and Jewish Studies, were keen to show Jews living after the Holocaust. The directors of these films were quick to point this out.

For Barnabas Toth, who directed “Those Who Remained”, there was still goodness, and healing from taking care of people, who had survived the Holocaust. While for Joseph Cedar, who directed the HBO series, “Our Boys” it was time to get beyond (at least on film) what he called “90 years of victimhood.”

Director Barnabas Toth takes us on a journey to view survivors’ healing process from trauma, alienation and loss inflicted by the Holocaust through the lens of a teenager, Klara, in post-World War II Hungary. His movie “Those Who Remained” features a 42-year-old doctor, Aldo, who is a survivor of a concentration camp, having lost his wife and two children. 16-year-old Klara lives reluctantly with her great-aunt, and although it is almost certain she has lost her parents to the concentration camps, she is still living in denial and remains hopeful that they will return.

However, she forms a pure bond with Aldo, who takes on a heroic role in becoming her surrogate father. She is happy to live with him and her great-aunt understanding Aldo’s effect on her, approves, even imploring Aldo to intervene in guiding the distraught girl towards a wholesome life after the loss of her parents. We view scenes in which the teenage Klara, demonstrating a pure love for Aldo, vacates her bed to share Aldo’s bed. This is the complicated part. The Holocaust and its survivors remain a somber topic that elicit the empathy and even respect of mankind. The filmmakers appear to be skirting on precarious grounds, as they seem to flirt with ideas that can easily evoke in the minds of the audience, a certain discomfort and concerns regarding exploitation of a minor, or pedophilia. But this is where the directors show their good intentions, tact and skill in the delicate handling of the platonic relationship.

Aldo never takes advantage of Klara’s innocence and vulnerability. The audience witness Aldo’s purity, his essence and find a gentleman. Holocaust literature invariably exposes us to the dehumanization of humans in the concentration camps. In Primo Levi’s Survival in Auschwitz, we interrogate the privations and constant hunger of internees, “But how could one imagine not being hungry? The Lager is hunger: we ourselves are hunger, living hunger.”

I try to relate the doctor’s decency with uncommon stoicism or asceticism and discipline. I try to match this Hungarian Jew’s discipline with the exactitude of Hungarians alluded to by Primo Levi in Survival in Auschwitz:

“Fischer, the newest arrival, pulls out of his pocket a bundle, tied together with the painstaking exactitude of the Hungarians, and inside there is a half-ration of bread: half the bread of this morning. It is notorious that only the High Numbers keep their bread in their pockets; none of us old ones are able to preserve our bread for an hour […] David snarls, hitting his concave stomach: but he is unable to take his eyes off Fischer who chews slowly and methodically, “lucky” enough to still have half-a-ration at ten in the morning […]”

I could imagine Aldo, the Hungarian doctor, exercising similar restraint as his compatriot, Fischer is described by the author, Primo Levi, as exercising. For the audience living in an era of instant gratification and irreverence and hypersexuality, Aldo’s continence bestows a halo. It is gratifying and redeeming to find Aldo’s concern for the traumatized teenage girl is not laden with ulterior motive or in self-aggrandizement. We confirm this in the end, knowing that he never marries Klara even when she has become an adult. Neither does he ever consummate the relationship despite their “nearness.” In the end, I found that it was a beautiful story of mutual healing after a tragic loss.

Barnabas Toth said in an interview, that he wanted to focus on the positive side of human nature, because the evil has been shown so many times. Toth noted that we have seen the images of the trains, the camps, but there were many people who came back, or who survived the ghettos with “enormous, unhealable wounds…but there is always a second life and a chance to continue.” The director underscores the fact that the survivors can never continue life as before but having someone to take care of enables life to go on for them.

And this is what he does in the movie: Aldo takes care of Klara who has lost her parents to the Holocaust. He becomes a surrogate father to her and even a companion. Likewise, Klara’s presence and abiding innocence and trust give him meaning and humanize him as he never allows their relationship of trust to degenerate into a sexual one.

Barnabas Toth describes a scene in which Aldo and Klara are hugging at night, and it appears they almost cross the line. However, Toth emphasizes that Aldo makes the decision not to sexualize their closeness, understanding that Klara is innocent and knows nothing about sexuality in that context, but merely idealizes their surrogate stepfather and daughter relationship. Toth wanted the good doctor to remain a polite gentleman, one with character. I certainly identified with him and admired him to the end. Although it was almost an inhuman quality for one to possess and to expect of the widowed doctor. But what he suffered and overcame in the camps was inhuman. It was gratifying to see his halo restored in his uncommon restraint and humanity.

The second film was from an HBO series, “Our Boys” and this episode has us dealing with themes of vengeance. We deal with injured individuals seeking vengeance and not simply being written up or off as the most noble of beings as their victimhood is elevated on a pedestal as an exemplar. We confront the reality of trauma and the mental illness and the aftermaths of suffering. This series generated a lot of controversy, and Prime Minister Netanyahu even condemned it as being antisemitic, calling for a boycott. I had a chance to ask the series director, Academy Award nominee, Joseph Cedar, a question in a ‘question and answer’ session that followed the screening.

The director responded to my inquiry on how he handled the process of infusing and adapting fiction to a true story. The Ophir Awards winning director explained the painstaking research he’d done, collecting first person narratives and accounts, his review of court records, and the news of the period which he’d considered to maintain the veracity of the narrative. The material details he did not change. Although they are interpreted through the prism of perspective. In this regard, rather than telling the story from a Jewish perspective, the director chose to tell it from the perspective of the family of the slain 16-year-old Palestinian boy, killed by his Jewish abductors.

However, due to legal reasons certain names and details could not be revealed. Changing names were not material to the narrative. Adding certain other details, were immaterial fictional additions and touches in the toolbox of the director, to be used effectively to connect with his audience. When asked what he thought of the criticism generated by the controversial representation, Joseph Cedar indicated that he did not dwell on that. He just focused on good storytelling.

Israeli film critic Yair Roh, wrote of the Beaufort director: “One of the reasons I like Cedar’s films so much is…his ability to merge the Israeli spirit…with the universal cinematic codes.” (Forgiveness, posted 07/03/07). The HBO series, “Our Boys” tells the story of the gruesome kidnapping and burning death of a Palestinian teenager, after another horrible killing of three Jewish teenagers by Hamas. The murder of the Palestinian teenager in 2014, is said to have been the direct cause of the war in Gaza. What is interesting in the director’s project is his decision on where to start telling the story, and which interpretive lens to use. Joseph Cedar, an Orthodox Jew himself, remarkably was able to assume a preternatural view of events that struck so close to home for him and cause the audience to see things from a mediated distance and the other side, this time from a non-Jewish perspective.

This project was an exercise in extricating Jewish film from what he has described as 90 years of victimhood. “Our Boys” is masterful storytelling and shows a mature Jewish people living in the fullness of humanity, warts and all post-Holocaust—no longer ensconced in the halo of victimhood and martyrdom. In the film, we see how Jewish families display another sense of denial, as they emphatically aver that Jews could not have been responsible for the death of the Palestinian teenager, indicating it was such reprehensible behavior which Jewish people would never inflict on others—stemming from a collective zeitgeist. The sense of righteous indignation resonates with the image of the chosen people described in Yossel Rakover Speaks to God: Holocaust Challenges to Religious Faith. “No people more chosen than a people permanently persecuted.” Rakover’s chosen people are shown by the fearless Israeli director not as the persecuted in this film.

The people made whole from a broken heart (Yossel Rakover Speaks to God) are portrayed as inflicting heartbreak on a Palestinian family. What would have appeared counterintuitive about the collective victims of the Holocaust, is made to look normal through the filmmaker’s skillful lens.

In her article, “Our Boys” and the Economics of Empathy”’ which appeared in the The New Yorker, Emily Nussbaum notes: “The galvanic new series, set in Israel, emphasizes how easily dehumanizing rhetoric can sway vulnerable minds…”. How ominously this evokes Klemperer’s cautionary words in The Language of the Third Reich: “Many words in common usage during the Nazi period should be committed to a mass grave for a very long time, some forever.” One wonders if the Jewish boys who killed the Palestinian kid had unearthed some of those words that zombify and inure a people to commit the most heinous crimes.

Emily Nussbaum concludes, “At its heart, this is a show about the brutal economics of empathy in a time of war: who gets it, who deserves it, who is denied it.” In the end one gets a sense that the director has done justice to a tragic episode of a complex tale and at least attempted a fair distribution of empathy.