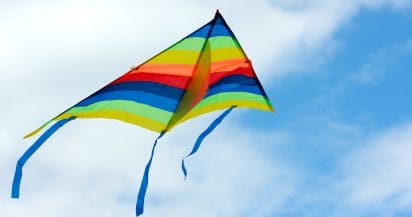 I stared at the tilt display on the phone, then blinked as if I expected a different outcome. But it was the same name displayed the first time I had failed to pick up the phone. Now I took the call coming from the county jail.

“Who be dis?” asked the caller in pidgin.

“Obinna, how far? Where are you calling from?” I queried like I did not already know.

“I am in Chicago. My company sent me on a small job. And so, I flew down for a quick meeting. But I will be back soon, and we’ll paint the town red! DC is my city, buddy. All on me bro.” Obinna elaborated on his subterfuge.

One week after I spoke with him, Obinna disembarked from a black range rover, to the embrace and back-slapping cheers of his friends. I had known Obinna since the 7th grade. He had been the neatest, most polite, and most gentle boy in class. In high school he became a school prefect, because of his discipline, character, and leadership traits. That was in Nigeria. But now in America, he was a jailbird.

Obinna walked into my room, crestfallen. The smile he’d greeted his fans with had expired. Sitting on the edge of the bed, my childhood friend whom I did not know anymore, tries to explain how he ended up serving time. Because he knew that I knew he had not been on a business trip but had spent a year in jail for check kiting. But I was not going to judge Obinna. He did not have to tell me anything. However, if he felt an obligation to say something about why he lied to me, then he needed to tell me the truth.

He told me everything. After graduating with a finance degree from a university in Nigeria, Obinna worked his way up to a manager at an oil firm. Then he won a green card through the US diversity lottery program. (The one President Trump said he’d scrap apparently because it lets in too many supposedly “unskilled” Africans.) Obinna whose life had been strewn with serendipity would hit a roadblock when he got to Maryland and could not get any job with his education. He squatted with old friends and eked out money for food by being paid under the table through meager construction jobs dominated by undocumented Hispanic workers. Nobody wanted to hire a Nigerian immigrant who was great with numbers and had a degree in finance. It just raised a red flag. His green card and work authorization were not helping him in America.

But he had borrowed money from folks back in Lagos to fund his travel to the United States. Without a job, he still had to repay them somehow.

One day, while Obinna was out seeking work at a construction site, he saw another old classmate cruising in a BMW, and docked out of sight in embarrassment. Another old classmate heard what had happened and after realizing that Obinna was now disillusioned about the American dream, he introduced him to bank fraud. They had made almost half a million dollars already. But Obinna wanted to do just one more, and he’d return to Nigeria, jettisoning his green card. And then he got caught. He never gave up his old classmate, who masterminded the fraud and skipped town when Obinna was picked up by the cops. The classmate’s father was an ex-cop—the boss of cops in Nigeria. Apparently, they could pull the strings Obinna could not—even in America.

I gave up my job at McDonald’s for Obinna to start over. He worked hard and he was so cheerful while doing it. I never saw him despair for one day. He cooked for everyone and made us all laugh. He was the quintessential life of the party—in an edifying way. One day he called me after many years upon reading my contribution in a WhatsApp group, where I just shoot the breeze in a flurry of texts. Obinna persuaded me that I was a gifted writer and I was meant to write. He wanted me to peruse the Nigerian constitution and start making commentaries and amendments to it. He would figure out how to push my papers around Nigeria, he assured me; but he wanted me to write first.

He’d done the same thing just after coming out of jail as he dissuaded me from returning to Nigeria, with my savings from McDonald’s.

“You will get a great job. You don’t have to work at McDonald’s and wash dishes at Ledo’s with your American MBA,” Obinna assuaged my grief at the unfavorable employment situation in America. I would get up in the morning to find him already behind the computer sending out hundreds of job applications – for me, although I never asked for his help since I was simply preparing to return to Nigeria. Eventually, it was his belief in the opportunities America had for me that reinforced my confidence that there was a place for me here in America; ironically, it was these opportunities that had fleetingly appeared unattainable to him that led him to crime.

Remarkably, he was neither cynical nor full of self-pity despite his misfortune. He paid the price for his mistake to society. And now it has been over 7 years since his malfeasance, which has now been expunged from the record. He completed a master’s degree and got a certification in project management and is now a manager at a fortune 500 company. He is a family man with a wife and a child, and he owns his own home in America.

I want my childhood friend who showed character and accepted the punishment society meted out for his poor judgment, to go into politics in Nigeria. I believe my charismatic friend who got a second chance in America has the qualities to become an effective leader. And I want him to tell the people the truth. Just like he told me on the day he came out of jail. Just like I did not judge my friend, I believe neither will the people judge him, if he tells them the truth.